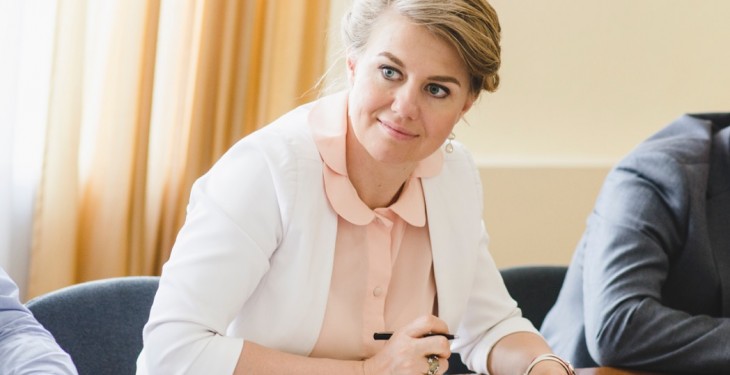 Ukraine is about to open up as a uniquely attractive farm and agri-development opportunity for potential investors from Ireland and the rest of the EU, according to the country’s deputy agrarian policy minister Vladyslava Rutytska.

“Both land leasing and purchase options are now available,” she said.

“The Ukranian government has introduced a series of measures which make land ownership more transparent while, at the same time, clamping down on issues, such as corruption.

“Our government is creating a stable and sustainable business environment, which will make international investment opportunities in Ukraine extremely attractive.”

Rutytska spoke recently at a Ukrainian investment conference held in London, which was co-hosted by the European Bank for Reconstruction and Development.

The deputy minister confirmed that Ukraine has vast acreages of highly productive land.

“But we want to build on this for the future,” she said.

“Four large scale irrigation projects, planned for the south of the country, will allow farmers in these regions to double crop yields. These initiatives are backed by the likes of the World Bank and the European Investment Bank.

“The projects are part of a complete overhaul regarding the effectiveness of the national irrigation system in Ukraine.”

Farming and food products account for 6.6% of Ukraine’s total exports. One fifth of the Ukrainian work force is employed within the farming industry.

“During the first seven months of 2015, agriculture accounted for US$7.7 billion of export sales,” said Rutytska.

“This figure accounted for 35% of foreign currency earnings. We expect the value of our agri food exports to double over the coming years. This will be achieved on the back of our current reform policies and a commitment to secure higher levels of inward investment.

Ukraine exports 950,000t of wheat, 400,000t of maize and 250,000t of barley to the EU, courtesy of a quota system. The Netherlands is a major importer of Ukrainian maize with trade in this commodity amounting to US$158m so far this year. Italy imported US$53m of Ukrainian wheat during the same period.

Up to the end of Septembers Ukrainian farmers had harvested 38.618m tonnes of grains and pulses, taking in an area of 10.68m ha. The equivalent figures for maize and oilseeds are 1.065m tonnes and 3.34m tonnes respectively, taking in a combined area of almost 2m ha.

Over recent weeks, Ukrainian cereal growers have planted out just over 1m ha of winter wheat plus half this area again of winter oilseeds

Minister Rutytska admitted that the recent annexation of Crimea by Russia has had an significant economic impact.

“We estimate total agricultural losses, in terms of both revenues and property, at approximately US$1billion,” she said.

“As a result of imposed restrictions, Ukraine’s agricultural exports to Russia decreased by 50% from US$2 billion to US$1 billion.

“But this will have no impact on the investment opportunities that now exist in Ukraine. A combination of government and land reforms will ensure a totally transparent system of governance where all aspects of land ownership and management are concerned.”