UK position paper calls for no hard border after Brexit 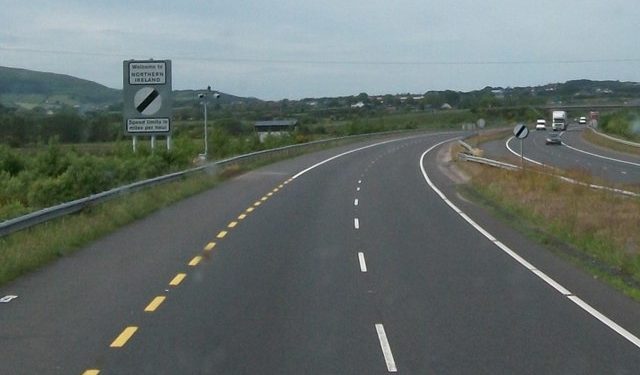 The UK government has released a position paper outlining its stance on the border between Northern Ireland and the Republic – the only land border between the UK and the European Union.

In the paper, the UK says that there should be no hard border between itself and the Republic of Ireland post-Brexit.

The paper puts forward a “customs partnership” or a “highly streamlined customs arrangement”, in reference to its customs plans.

The UK has said it does not want to see any physical infrastructure introduced at the Irish border, taking into account the “unique circumstances” of Northern Ireland and the Republic.

Advertisement
In the paper, the British government states: “We must avoid a return to a hard border; and trade and everyday movements across the land border must be protected as part of the UK-EU deal.”

The paper adds: “The government welcomes the clear commitment made in the European Council’s negotiating guidelines and the European Commission’s directives to work with us on ‘flexible and imaginative’ solutions to achieve this.”

The British government also reiterated its desire to uphold the Good Friday Agreement, as well as to maintain the Common Travel Area and the rights of UK and Irish citizens.

Speaking on yesterday’s customs position announcement, Secretary of State for Exiting the EU, David Davis said: “The approaches we are setting out today will benefit both the EU and UK and avoid a cliff-edge for businesses and individuals on both sides.”

‘UK customs proposals could be negative for Irish agriculture’