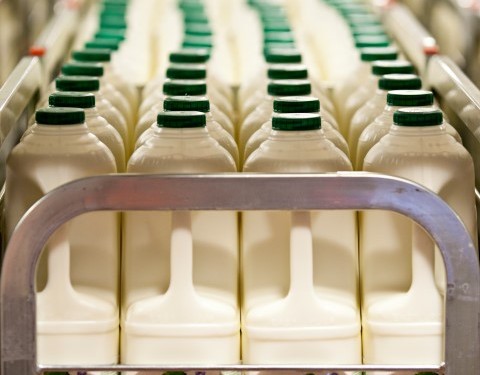 Dairy Crest has announced that following a drop in its March milk price, there will be no further reductions to its farmgate milk price before July.

The company says it’s the first processor in the British dairy sector to introduce a ‘price floor’. This, it says will guarantee a lengthy period of stability for their farmers.

Dairy Crest, hopes that after many months of extreme volatility for the British dairy sector, this move will allow farmers to budget and plan more effectively for the spring flush and until July.

From March, there will be a reduction of 1.5p/L, this means: The liquid milk price for farmers with all or a proportion of their milk price on the standard Liquid contract will receive 23.1p/L.

Mike Sheldon, Managing Director of Dairies, said during this challenging time for British dairying, Dairy Crest is leading the industry by introducing a price floor until July.

“We want to provide as much stability and certainty for our supplying farmers as we can. We hope that by the summer markets will have recovered and we can reflect this in our milk price to farmers,” he says.

According to Sheldon, while the continuing high levels of milk production in the UK have resulted in a further price cut in March, the agreement by Dairy Crest and Dairy Crest Direct to guarantee a floor for future prices will allow our farmers to plan ahead.

“This is crucial as we move through the peak period of milk production.

“While we hope that dairy markets will start to recover this year, it remains clear that volatility is here to stay,” he said.