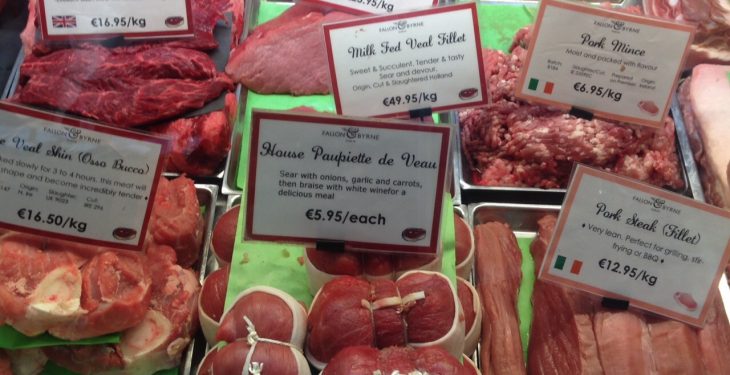 UK consumers have spent less on beef and lamb in recent weeks, with expenditure on beef falling during the 12 week period ending November 6, a report from the Livestock and Meat Commission has shown.

During this 12 week window, UK expenditure totalled £490.6m (€564m), based on statistics produced by Kantar Worldpanel.

The collated figures constitute a 2% decline from the corresponding period in 2015 when the retail value of beef sales totalled £500.4m (€575m).

This increase in volume sales occurred despite an increase in the average retail price to £7.87/kg (€9.00/kg) in the 12 week period.

This is an increase of 35p/kg (40c/kg) in the average retail price year-on-year.

Meanwhile volume sales of beef roasting joints increased by 2.4% per during the 12 weeks ending November 6 when compared to year earlier levels while sales of beef mince recorded a marginal increase year-on-year.

Sales of processed beef recorded a mixed performance during the 12 weeks ending November 6, it shows, with sales of burgers and grills increasing by 2.9% year-on-year while volume sales of ready meals, and frozen pies and puddings all recorded declines in volume sales.

This has primarily been driven by a decline in volume sales which recorded a 10.7% decline to total 14,699t in the 2016 period.

All of the major lamb cuts recorded declines in terms of the volume of retail sales.

Sales of shoulder roasting joints recorded the most notable decline in terms of volume sales with sales back by 25.1% year-on-year.

There were also notable declines in volume sales of leg roasting joints and lamb marinades which were back by 14% and 11.9% respectively year-on-year.

Meanwhile volume sales of lamb mince were back by 5.5% per year-on-year while sales of lamb chops recorded a 1.7%. There was however a 19% increase in the volume of lamb ready meals sold. 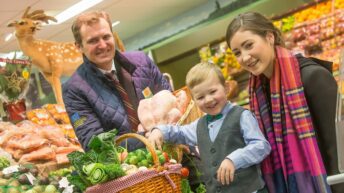 Consumers called on to support Irish farmers this Christmas