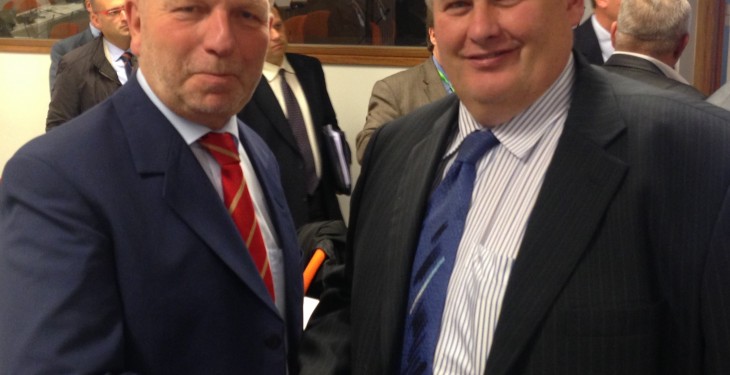 Sinclair, who stood on a very strong family farming ticket, attracted support from across Europe including both old and new member states.

This is the first time a UFU President has been elected to this prestigious position and he follows on from the Irish Farmers’ Association’s John Bryan, who held a vice-president position for the past two years.

Speaking after the election Harry Sinclair said: “This is a great honour for me personally, as well as for the Ulster Farmers’ Union and the many family farms who make up its membership. The UFU has always taken the view that lobbying and influencing in Europe is vital to securing both support and open markets for the products that our farmers produce.”

Continuing he said: “Northern Ireland is a pretty small place in the EU but the UFU has always punched well above its weight in Brussels. We have a strong track record of delivering a well supported financial environment in which our farmers can work. Obviously there are still issues which we believe could be significantly improved. In my new role I will take all the opportunities presented to me to raise those issues and hopefully reach a resolution which improves the lot for our farming families.”

The new President of COPA is Albert Jan Maat from the Netherlands and Harry will form part of a vice-presidency team along with farming leaders from France, Spain, Poland, Hungary and Latvia.