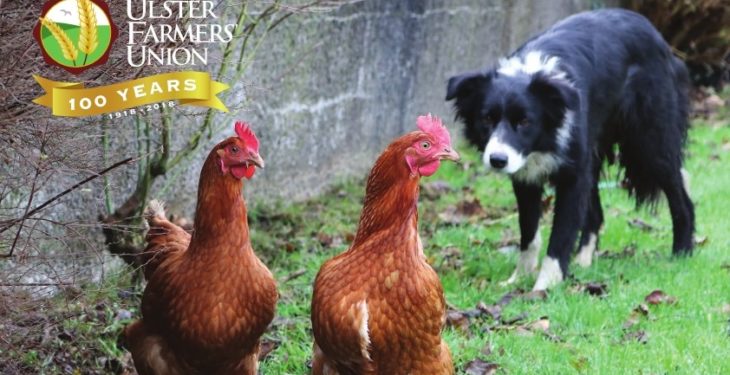 Northern Ireland’s farming union – the Ulster Farmers’ Union (UFU) – has teamed up with Fane Valley to reach its ambitious target of raising £100,000 for the air ambulance.

The challenge comes as the organisation enters its 100th year. It will see the union strive to reach the target through sales of its centenary calendar.

Pictures included were taken by members and feature scenes of the region’s countryside and animals. The final 12 were picked as part of a competition.

A spokeswoman for UFU explained that the organisation was supporting Air Ambulance NI because of the “vital service” it provides to the farming and rural community.

The air ambulance helps to get emergency medical care to rural areas quickly; saving lives and improving outcomes in the process.

Since its launch in September, many of its call-outs have been to farming or rural incidents.

During the helicopter’s first call-out, 11-year-old Conor McMullan was rescued after his head was crushed against a wall by a reversing tractor on his family’s farm in Castlewellan, Co. Down.

The rescue happened days before the service had even officially launched. The team had been out on a training exercise at the time and were able to get to the farm in rural Co. Down in just minutes, saving his life.

The calendars are now available in all 15 Fane Valley stores in Northern Ireland.

UFU president, Barclay Bell, said: “For over 100 years the union and its members have been at the forefront of all things farming.

“We have lots of plans to mark the contributions of our members and celebrate the union’s many achievements. We also have set ourselves an ambitious fundraising target to help support the air ambulance, which provides a vital service to the farming and rural community across Northern Ireland.”

Calendars are also available to purchase online or from UFU group offices for £10. At least half of the retail cost of the calendar will go to Air Ambulance NI. 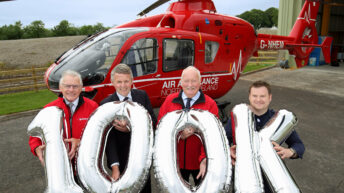