While glyphosate was on the agenda, BASE Ireland was first and foremost showing the MEP the good work that’s ongoing in Ireland to promote the conservation of our country’s soils. Robbie Byrne, a member of BASE Ireland, spoke to AgriLand about the groups meeting with the MEP.

“We talked about the principles of conservation agriculture of which there are three key points. The first is minimal disturbance of soil. That includes: zero-till; tine drilling; and min-till.

It’s not all about zero-till. It’s about the minimal disturbance of soil.

“The second key point in conservation agriculture is the use of diverse rotations; the third is to aim to have a living root in the soil at all times. If you harvest a crop, you get a catch crop in as soon as possible; if you can companion crop, all the better.

These three principles lead to better soil structure and less leaching of nutrients. This is better for the environment and our rivers.

Not an exact science

Byrne explained that the concept of conservation agriculture is not a fine or exact science. There are a number of farmers in Ireland who have been implementing this concept for a number of years – either through reduced tillage and/or the sowing of catch crops.

These farmers are seeing the benefits of biodiversity and improvements in their soil structure as a result. 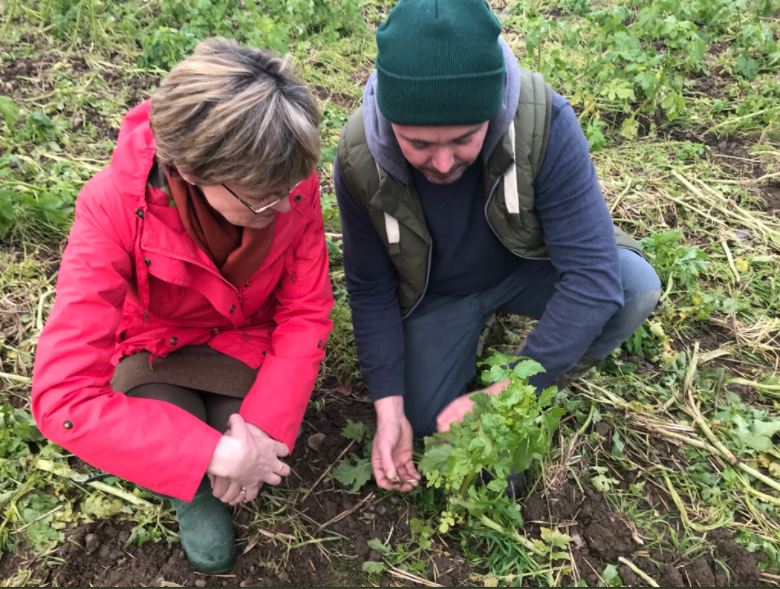 BASE Ireland promotes sustainable approaches to crop production in order to keep up with challenges faced by the sector.

“We believe that conservation agriculture has a strong role to play in helping us cope with the future direction that Europe is taking. For example, restrictions on the use of fertiliser and water quality guidelines.”

Byrne, Louis McAuley and Garreth Culligan, who all met with McGuinness on behalf of BASE Ireland, hope that highlighting the group’s work will help to promote conservation agriculture and the contribution that it can have on EU polices in the future.

McAuley and Culligan also spoke about the upcoming glyphosate debate with the MEP. More on this can be read at the link below.

Also Read: Spotlight returns to the glyphosate debate in the EU Parliament

'Irish farming needs balance between the livestock and tillage sectors'