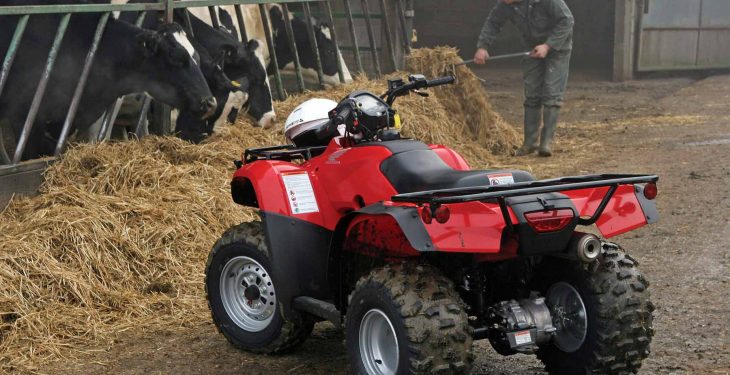 Two men have recently been arrested and a quad bike with a value of €8,000 has been recovered, according to An Garda Siochana.

This development has followed an investigation into the theft of quad bikes, following burglaries in the Limerick, Kerry and north Cork areas over the past 12 months.

Gardai attached to Newcastlewest Garda station have arrested two men in relation to the investigation.

Both men – who are 55 and 37 respectively – were arrested in the Kilmallock area of Co. Limerick yesterday evening (Tuesday, December 19).

They were detained at Newcastlewest and Bruff Garda stations under the provisions of Section 4 of the Criminal Justice Act 1984.

The two men are expected to appear before Kilmallock District Court tomorrow morning (Thursday, December 21) charged in connection with this investigation.

Investigations are continuing and further arrests are anticipated.

Meanwhile, the reward for information leading to the recovery of 13 Friesian cattle stolen in Co. Cork has been upped to €15,000.

The cattle – which weighed between 200kg and 300kg – were stolen from a farm in the Church Cross area, along the main road between Skibbereen and Ballydehob earlier this month.

The Irish Farmers’ Association (IFA) had originally announced that a €10,000 reward was available for anyone who had any information leading to the retrieval of the cattle, as well as the arrest of those responsible for the theft.