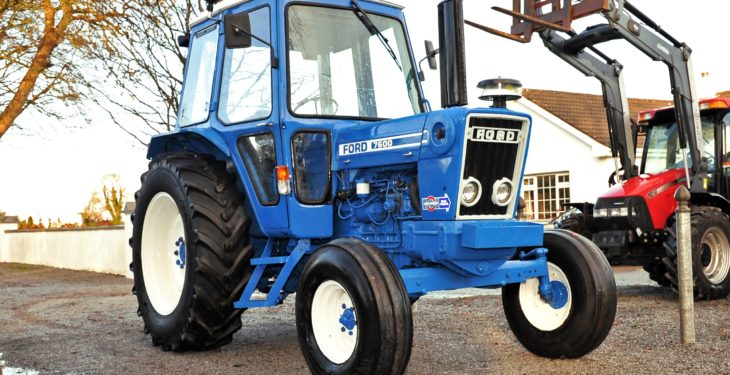 If there was ever a workhorse which has come to epitomise an era then it must be the Ford 7600 of the late 1970s.

Its predecessor – the Ford 7000 – broke new ground for the company with its 4.2L engine borrowed from the Ford 5000 and reluctantly fitted with a turbo by the design department.

However, by the time the Ford 7600 was launched, the company’s engineers had finally embraced the concept of increasing an engine’s power through boosting the air charge pressure. 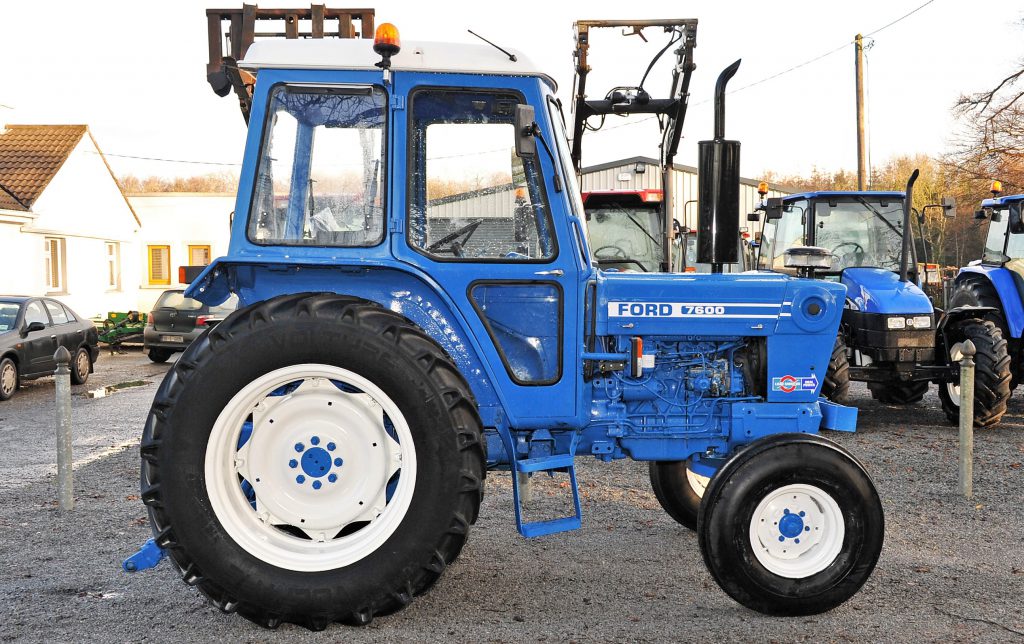 They had also taken on board the notion that drivers might appreciate a little more comfort and so the two ideas came together in the 600 series of 1975.

The new Q cab was a huge improvement over the old tin-shack, with Ford claiming that the 145dB of a 747 taking off outside would be reduced to just 85dB inside, thanks to its comprehensive soundproofing.

The fact that it was equipped with two doors was also seen as a great advantage over Massey Ferguson, which had taken to fitting its tractors with just the one – for some reason best known to itself. 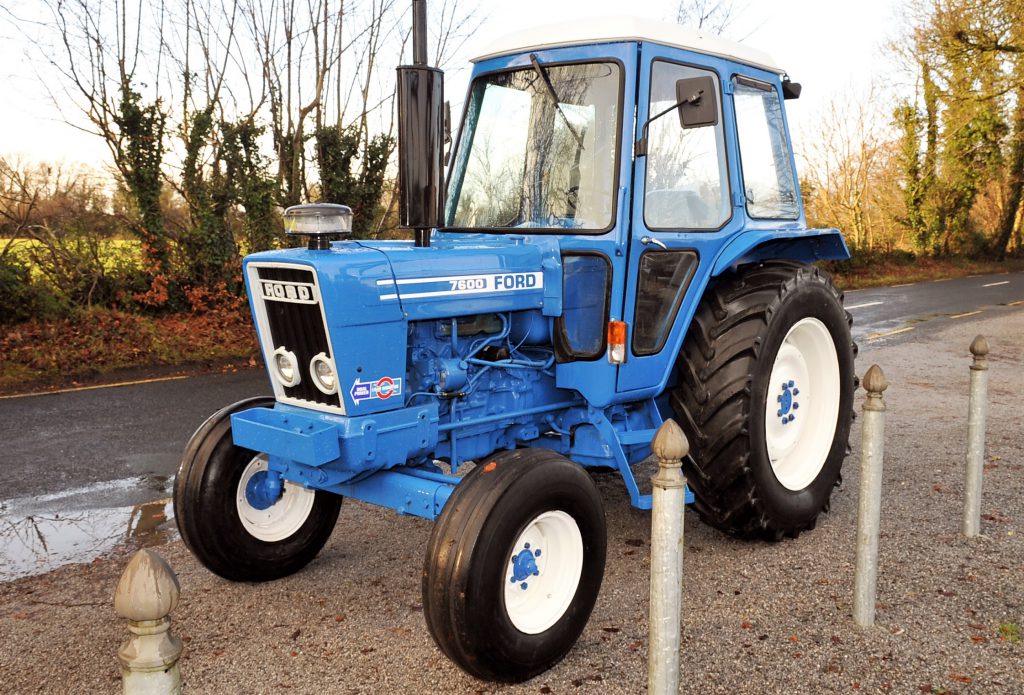 Another influence that was never mentioned at the time was Zetor, which had fitted the Crystal with a flat floor cab in 1969. However, for an ‘Anglo-American’ company to admit that an Eastern European tractor maker was ahead of the game in the middle of the Cold War was never likely to happen.

Unfortunately, one issue that Ford did not address was that of porous engine blocks.

It took until 1983 for this component to be redesigned and made rigid enough to resist the cavitation which caused them to fail. Nowadays, there are few running Fords of this age that have not had their original engines swapped over for the later ‘webbed’ type of block. 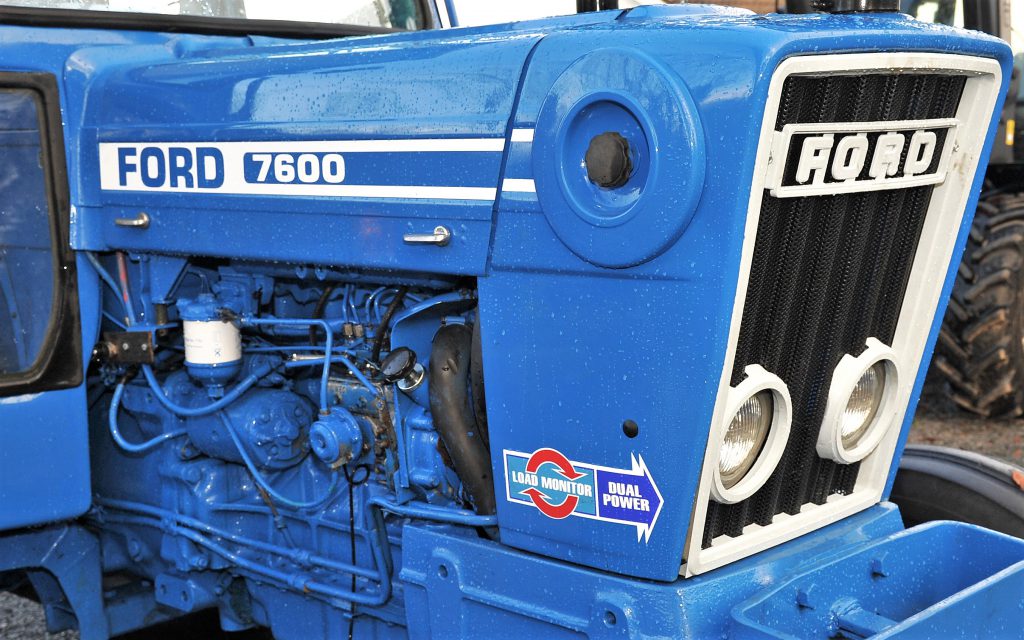 Despite the known issues with Ford blocks, the 7600 went on to become a very successful model; they are still in demand as working tractors today – some 37 years after the last one rolled off the production line. 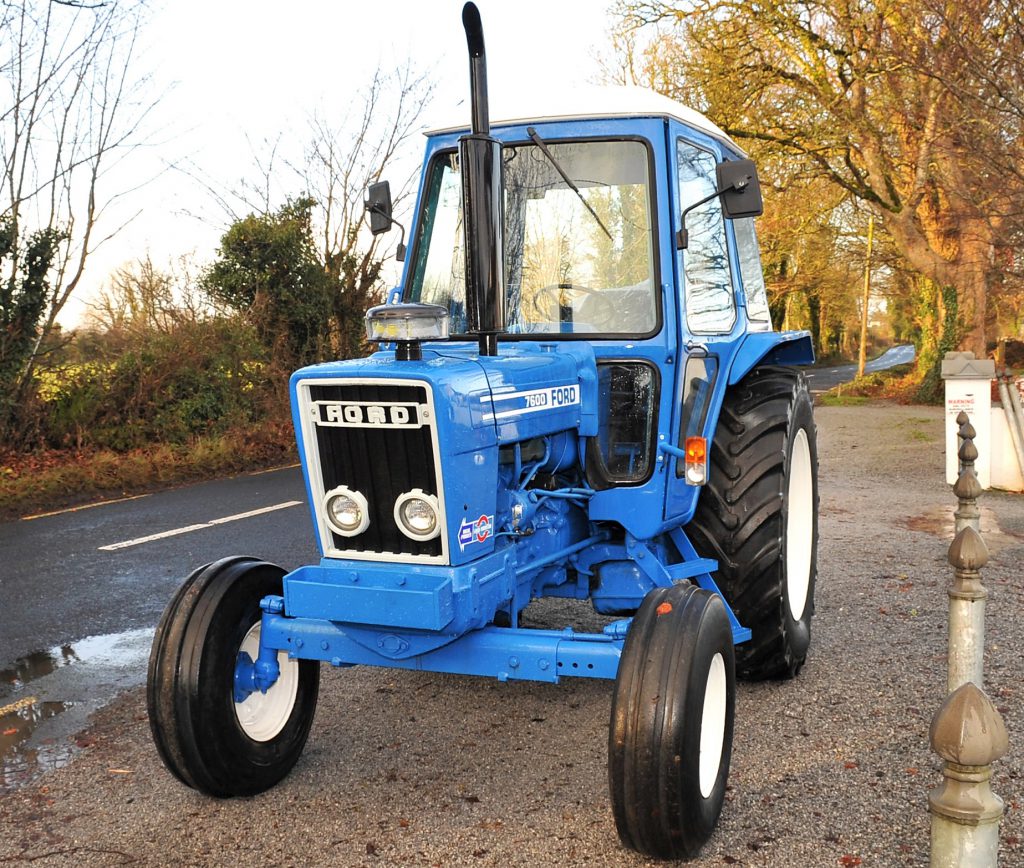 Naturally, there are now very few examples that are untouched by the passing of the years, so machines of any condition have become popular as project tractors for collectors, or as subjects for thorough refurbishment by agricultural engineers.

One such tractor that has fallen into the capable hands of a self-confessed Ford enthusiast is this nicely turned example from 1980 (pictured). 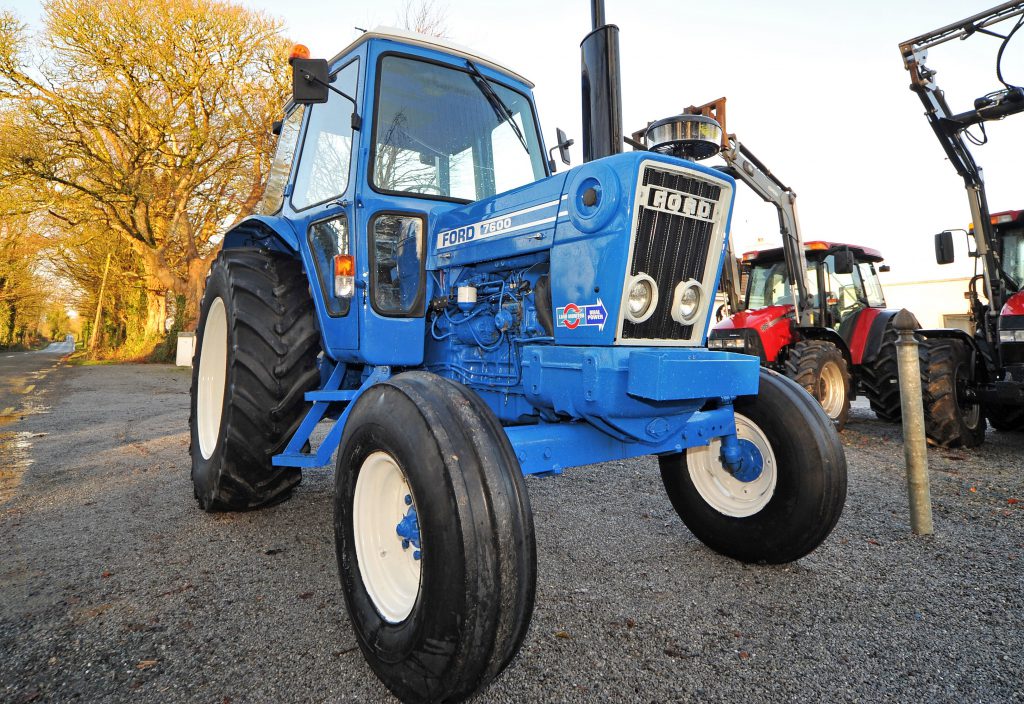 It was taken as a trade-in by Tony McHugh of Ballinasloe, Co. Galway; it has since undergone a complete strip-down and restoration to bring it back to this impressive condition.

Originally registered in Cork, Tony believes that it has had two owners from new, who amassed no more than 8,800 hours between them. The engine was upgraded to a Ford 6710 unit around half-way through that total. He thinks the one that is now installed was in good working order – so much so that it only needed minor attention to bring it back to full working condition.

This, unfortunately, was not the case with the cab; it needed a great deal more tender loving care to see a return to the sort of place in which you’d happily spend a working day. 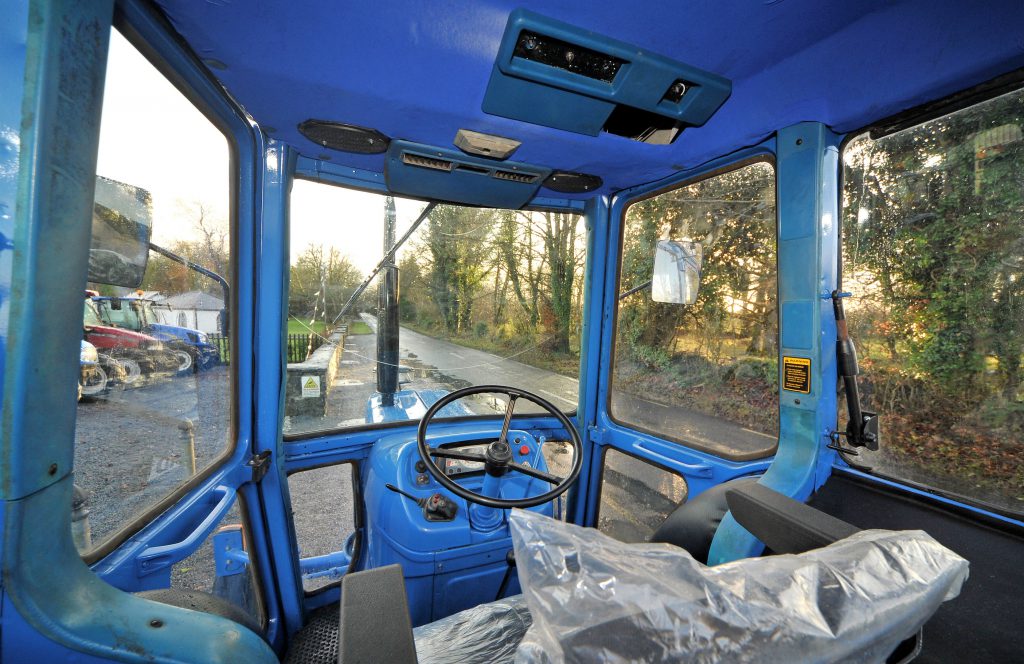 The problem will all Q Cabs is corrosion of the pillars, although it must be said that this was common to many other manufacturers of silenced cabs in the early years.

McHugh’s Tractors has developed the ability to manufacture many of the cab elements and these have been carefully welded into place. 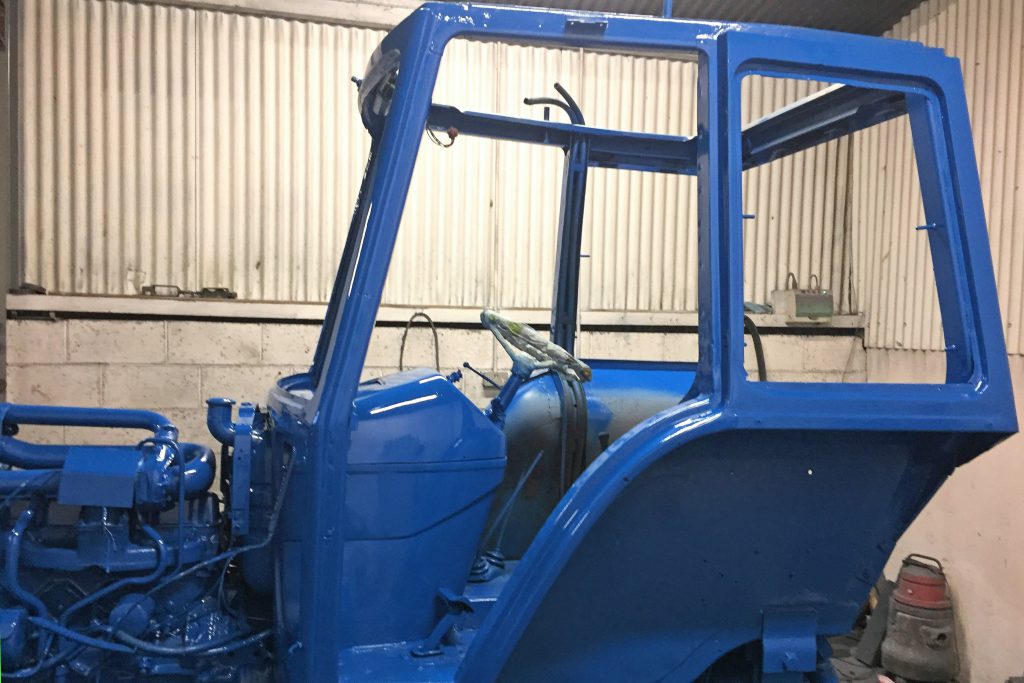 When the frame was finished, new rubber seals around the doors and glass were fitted – along with a rubber flooring and a headlining that is of a carpet-like material. It adds a certain snugness to the interior. 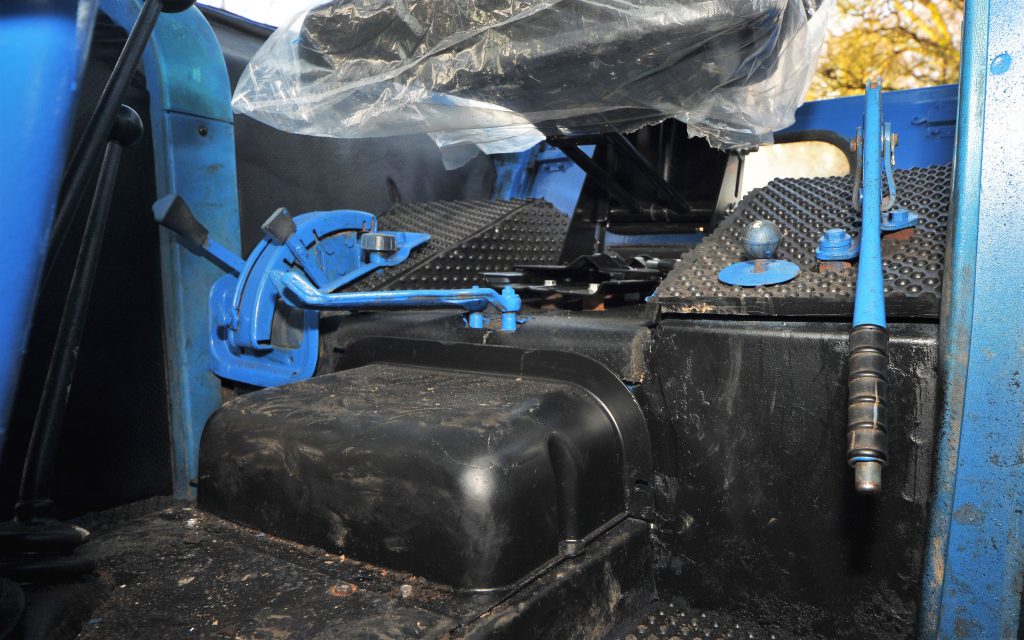 As she stands in her bright new coat of two-pack paint, this tractor is a fine example of the model. Fords of this era were always good solid machines – if we overlook the Select-O-Speed debacle – and there is still huge interest in these uncomplicated machines today. 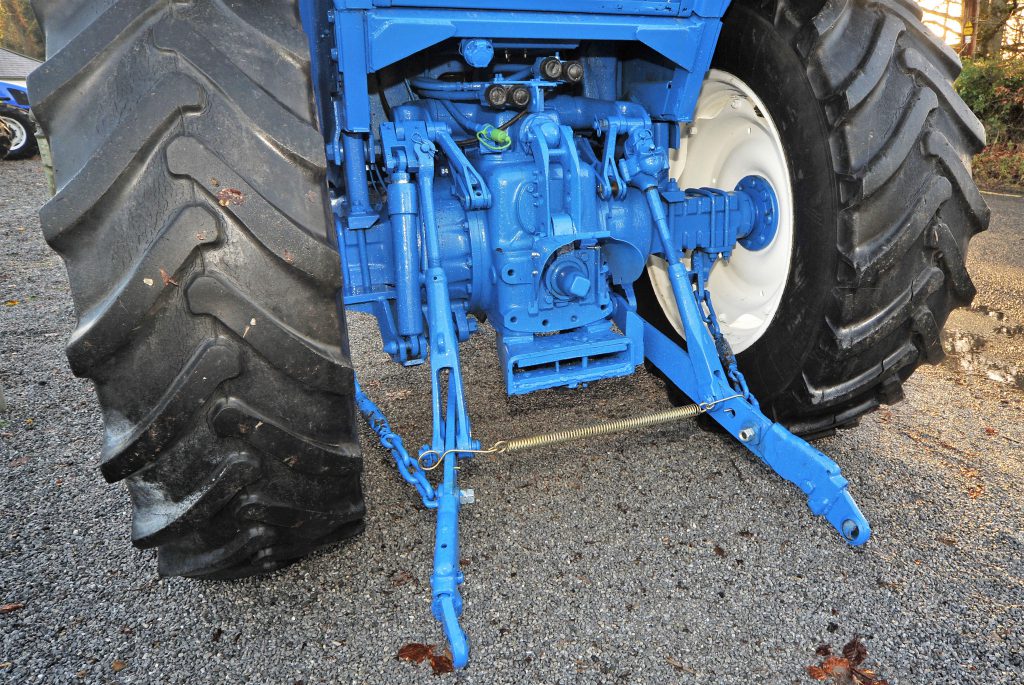 So keen, in fact, that Tony has no intention of just giving it away. It will take a realistic offer to secure it. 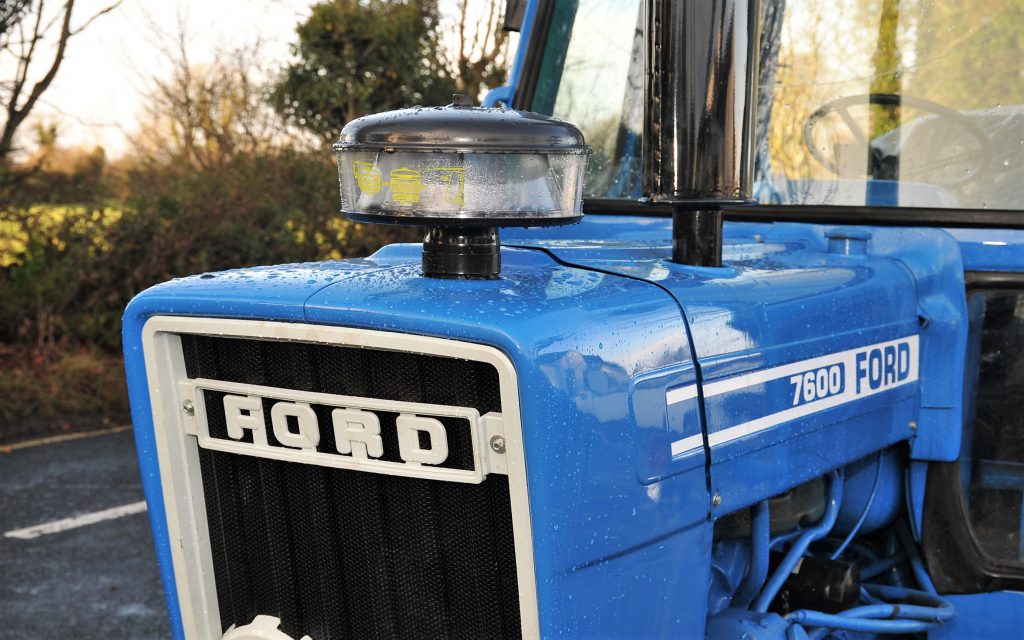