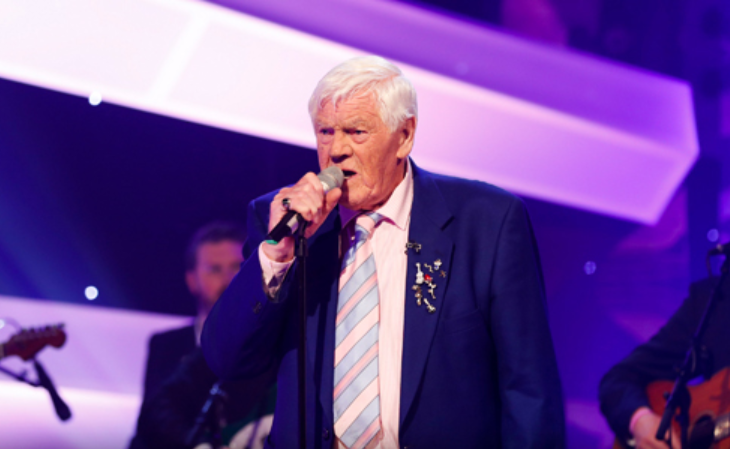 Hailing from a family farm in Casteblayney, Co. Monaghan, Big Tom (81) had a music career that spanned over 50 years and was much loved by the farming community.

In 1965, he formed the music group ‘Big Tom and the Mainliners’, becoming a regular on the Irish showband scene and touring Ireland and the UK. He later pursued a solo career as a singer.

Paying tribute to the singer, Fianna Fail TD for Roscommon/Galway, Eugene Murphy, said: “He was a trail blazer in his time, travelling the length and breath of Ireland, as well as the UK, entertaining huge crowds.

Following the announcement of his death, many high-profile fans paid homage to the ‘Four Country Roads’ singer across various social media channels.

Ah, that’s so sad. What a much loved presence on music scene all these years.Big-hearted,Big Tom, RIP. https://t.co/OEP8gsZilA

So sad to hear that “Big Tom” has died. I had the pleasure to meet him in December 2016. Country music has lost a big, deep voice. Deepest sympathies to his family. May he rest in peace. pic.twitter.com/T4OnqMtIFn 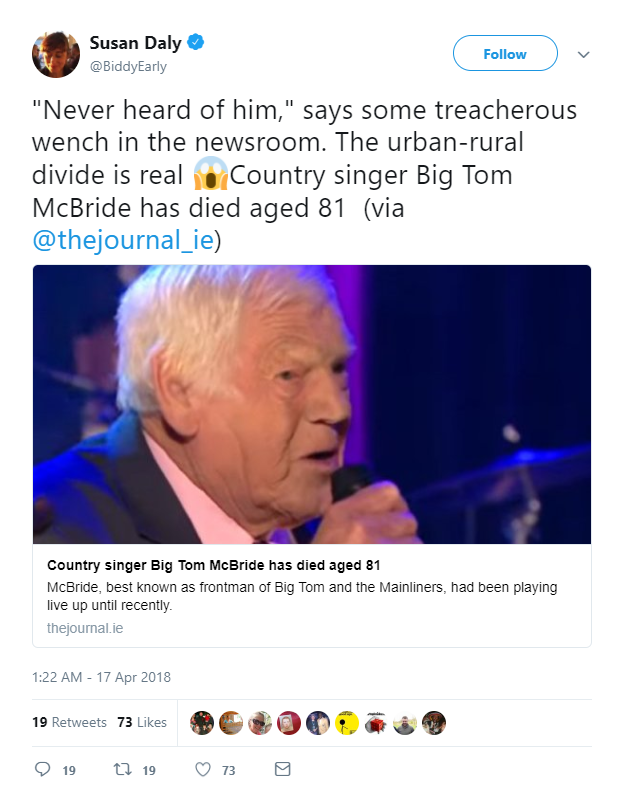 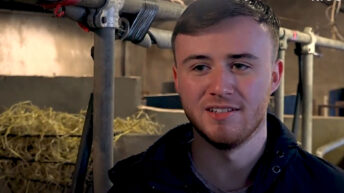