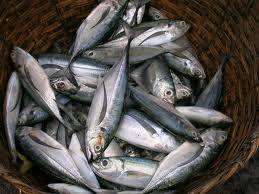 Minister Simon Coveney TD, supported by the UK, France and Spain at the Council of Ministers yesterday pushed strongly to have trade restrictions  imposed immediately by the EU Commission against Iceland and the Faroe Islands as a result of their continued unacceptable and irresponsible fishing of mackerel.

Both Iceland and the Faroese have set large unilateral quotas at unsustainable levels in 2013.  Their unilateral quotas amount to 52 per cent of the recommended scientifically  advised catch of mackerel in 2013.  This is the fifth year in which Iceland has refused to engage in meaningful negotiations with the EU and Norway, the recognised major shareholders in this fishery. Both Iceland and the Faroes have developed a large and  unsustainable fishery of mackerel  from a situation in  2006 when they had a combined total  share of only 5 per cent of the fishery.

“I called for and secured the agreement of Commissioner Damanaki that the EU will immediately prepare for trade restrictions against Iceland and the Faroe Islands,” said Minister Coveney. “I received strong support from many member states including the UK, France, Spain, Portugal, the Netherlands. Both Iceland and the Faroes have repeatedly refused to engage in any meaningful negotiations with the EU and Norway over the past five years.  This is simply unacceptable as they are now fishing more than 50 per cent of the scientifically recommended catch level for mackerel.

“I am pleased that the commissioner  and most member states supported moving quickly during this fishing season  to take strong and decisive measures. We have been left with no choice and must act against these countries being rewarded by their unsustainable and irresponsible behaviour.  I regret that we have been forced to take this action but the continued absence of any meaningful attempt to negotiate by either country has left us with no alternative.”

The North East Atlantic mackerel fishery, if fished within recommended levels, is worth about €1bn with a value to the EU, as the largest shareholder, estimated to be more than €600m. Minister Coveney added: “Mackerel is our most important  fishery worth some  €125m to us and Irish fishermen are hugely dependant on it and cannot accept their livelihoods being threatened in this way.

“If this irresponsible fishing is allowed to continue this stock will be decimated and our fishermen and coastal communities will have their livelihoods completely undermined.  There are many fish processing factories in Donegal and also factories in Galway, Kerry and Cork dependent on this stock. I am compelled to do all I can to protect this Irish industry and all the jobs it provides.  I have been calling consistently for the implementation of trade measures for more than 12 months and today the commissioner has agreed to proceed to implement these measures.”