Tractor driver ‘treads’ on the toes of the law 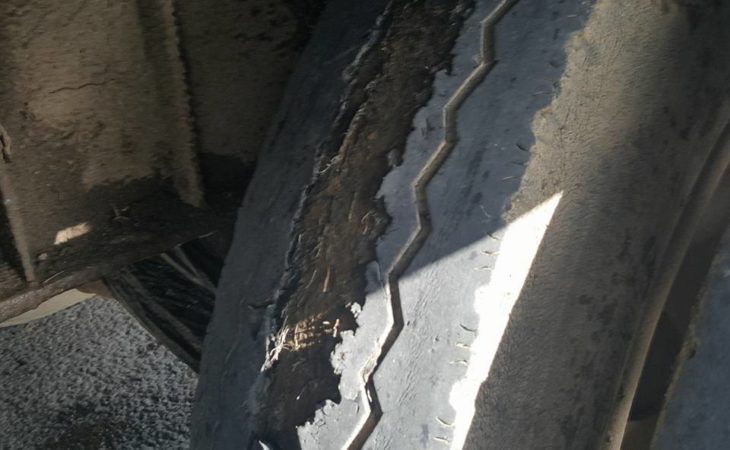 A tractor driver in Co. Kilkenny was stopped by members of An Garda Siochana for a number of offences while transporting some bales over the bank holiday weekend.

Images (above and below) were posted on the ‘Garda Siochana Kilkenny/Carlow’ Facebook page, under the caption: “Kilkenny Roads Policing members stopped a tractor pulling this trailer in Kilkenny yesterday.”

As can be seen from the pictures, the trailer being used by the driver was travelling on severely corroded tyres – with the treads completely worn and wires showing in one case.

In addition, the bales were not loaded securely and were seen as a road hazard.

Court appearance to follow for the dangerous unsecure load. The trailer was grounded until tyres were replaced.

Last weekend proved to be a busy time for Gardai around the country. In the early hours of Tuesday morning (March 20) a JCB telescopic handler was used to smash into a McDonalds fast food restaurant in Co. Limerick.

A spokesperson for An Garda Siochana confirmed that investigations had begun, noting: “Gardai are investigating a burglary at a fast food outlet on the Dublin Road, Castletroy in Limerick at 2:50am on March 20.

“Nothing was stolen, but considerable damage was caused to the building,” the spokesperson added.

Man in his 90s dies in Kilkenny farm accident