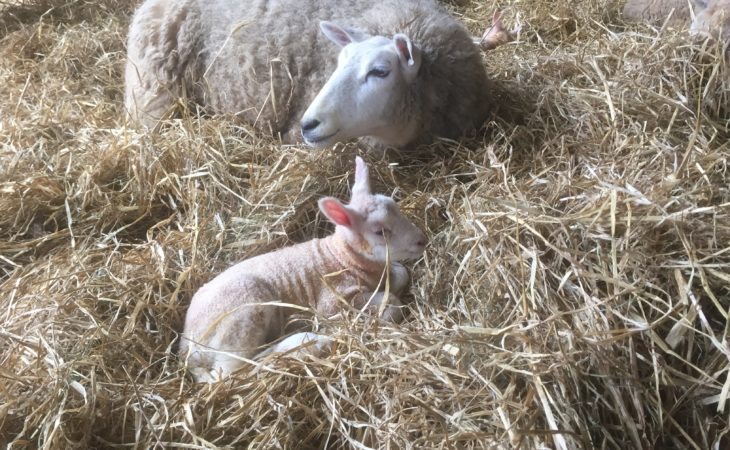 The vast majority of March-lambing flocks are in the throes of lambing and looking after the ewe’s health can play a huge role in reducing lamb losses.

Here are six key illnesses that sheep farmers should look out for in their ewes in late pregnancy and during the lambing period.

Prolapse can be a major cause of ewe deaths at lambing time and ewes carrying multiple pregnancies are more at risk. Overfeeding in late pregnancy is another contributing factor.

Farmers must watch their ewes closely for any signs of prolapse, as it is essential to intervene at the earliest possible time.

A restraining harness can be used to resolve the problem or, if possible, veterinary advice should be sought.

Pregnancy toxaemia or twin lamb disease is a metabolic disorder that occurs in the last four-to-six weeks of pregnancy. It can affect any ewe; but those with a high or low body condition score or carrying multiples are most are risk.

It occurs due to a lack of energy intake and decreased blood glucose levels in the final weeks prior to lambing. An affected ewe can be easily identified as she isolates herself, looks dull, will not eat, appears blind and lies down.

For treatment, it is recommended to give the ewe glucose as soon as she goes off her food; this will give the best chance of survival for both the ewe and the lambs.

Also Read: Be on the watch out for twin lamb disease

Hypocalcaemia is a metabolic disorder that normally occurs in the last four weeks of pregnancy due to the lamb’s demand for calcium being greater than the diet provided to the ewe.

Farmers are advised to look out for ewes that are unsteady, lie down and gradually enter a comatose state and die.

Affected ewes should be treated with a calcium injection (50-80ml) administered under the skin. If the treatment is successful, the ewe should look brighter within an hour.

Acute mastitis in ewes is rare and is usually seen in the first weeks after lambing. A ewe suffering from mastitis may stop her lambs from sucking, as her udder will become hot, swollen and painful.

These ewes may not have milk in the affected half of the udder. But, instead, they may produce a watery liquid which contains blood or pus. The amount of milk available to the lambs is also significantly reduced.

Most cases of mastitis are sub-clinical and are carried over from the previous lambing or weaning. When sub-clinical mastitis occurs, the ewe may not look ill but her overall milk yield will be reduced.

Metritis is an infection in the uterus caused by an infectious abortion or an unhygienic, assisted lambing. Ewes suffering from metritis will look depressed, will not eat or will show no interest in their lambs. They will also often have a swollen vulva.

Ewes suffering from metritis often require an antibiotic and anti-inflammatory to resolve the issue.

Listeriosis is most common when ewes are fed silage in late pregnancy; during this time, their immune system is less effective.

The bacteria causing listeriosis are found in the soil and are incorporated into silage when grass is cut too low.

Farmers should keep an eye out for ewes that look dull, show slight paralysis and walk in a circle. Veterinary treatment with intra-venous antibiotics will work if it is caught early. But, if the infection progresses to far, treatment often does not work. 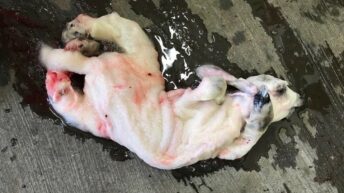 Schmallenberg believed to have spread to all counties