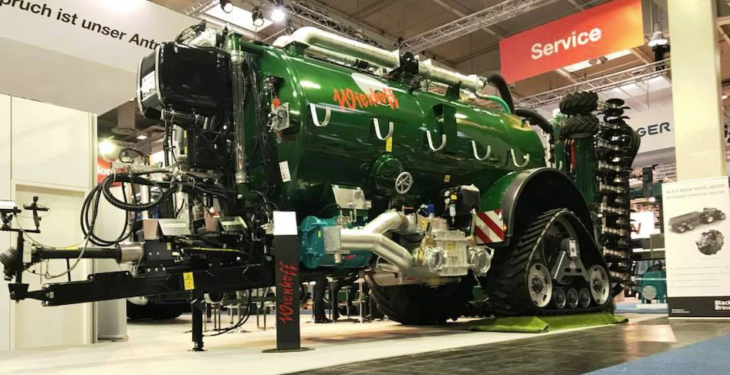 It’s a 16m³ tanker which, instead of its more usual wheels and tyres, is kitted out with rubber tracks. The tracks are 700mm wide.

The track units are from Zuidberg – a company known not only for its track-drive systems but also front linkage/PTO units and transmissions.

It is just a concept/trial machine at this point; Wienhoff showed the tracked, tractor-drawn tanker on its stand to gauge potential interest.

Is such a development necessary? Or, perhaps, is it over-complicating the task at hand?

Interestingly, Zuidberg is still a “family business”; it now has over 260 employees and sells its products in over 42 countries. Zuidberg’s agent here in Ireland is Farmhand – best known for brands such Krone, Amazone and Quicke.

Wienhoff, on the other hand, has about 60 employees. It’s based in Lower Saxony (Germany) and has been involved in the agricultural mechanical engineering sector for more than 70 years. 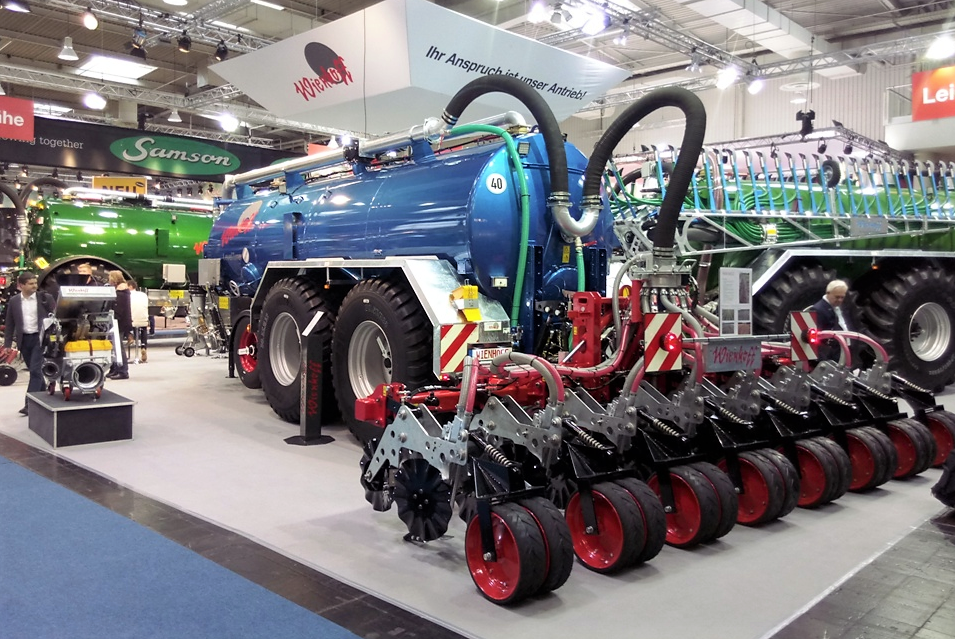 Its key focus is on the development and manufacture of slurry tankers and related spreading equipment. It also produces industrial-spec tankers for use with trucks – both in the guise of semi-trailers and de-mount bodies.

The company says that it is no stranger to innovation; it was awarded a ‘silver medal’ by the DLG (German Agricultural Society) for its ‘LevelTuner‘ system.

This system automatically adjusts the air pressure of the front axle on multi-axle (air-sprung) tankers, depending on the load bearing down on the drawbar. According to Wienhoff, this boosts safety and driving “efficiency”. 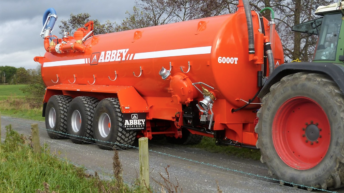