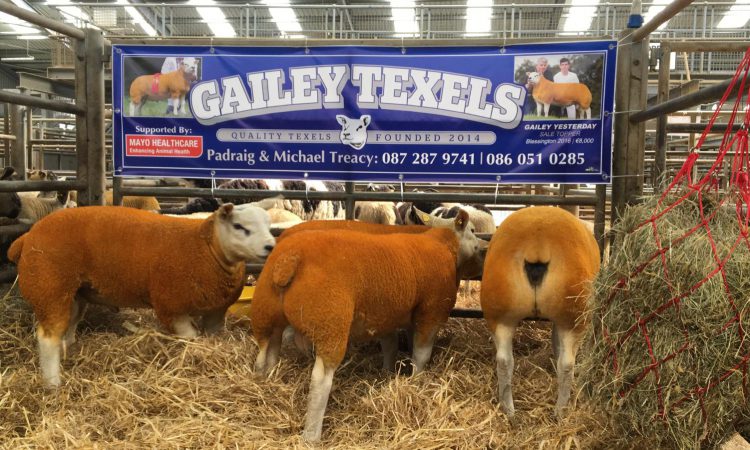 To maximise genetic gain he has an embryo flushing programme, flushing his own ewes to implant in recipient ewes and also implanting frozen embryos sourced from other breeders.

Padraig had been struggling with conception rates before he was introduced to the AllGuard bolus system by Leo Forkan of Mayo Healthcare.

He bolused the commercial flock with AllGuard 5 in 1, a bolus containing cobalt, iodine, selenium, zinc and copper, and the Texels with AllGuard 4 in 1, which doesn’t contain copper.

Ewes are bolused pre-tupping and again before lambing, which gets underway at the end of January. The benefits are evident in the results, says Padraig. 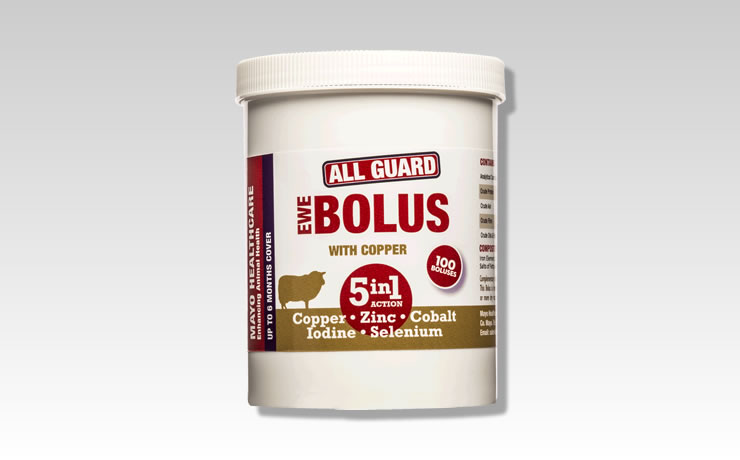 “We bought frozen embryos from a breeder in Scotland and implanted these and achieved 100% success. We can’t ask for better than that.’’

He flushed three of his own ewes and each produced an average of 10 embryos.

The main reason for using embryo transfer is to produce the best progeny from the best female lines he has invested in.

Introducing the AllGuard bolus system has allowed him to capture the benefits of that, he adds. “I am getting better thrive in the sheep, better performance,’’ he said.

As well as consistently averaging good prices for the offspring, Padraig has had some notable successes, including the sale of his first Texel ram lamb, ‘Gailey Yesterday’, at Blessington Mart, Co. Wicklow, for €8,000 in 2016.