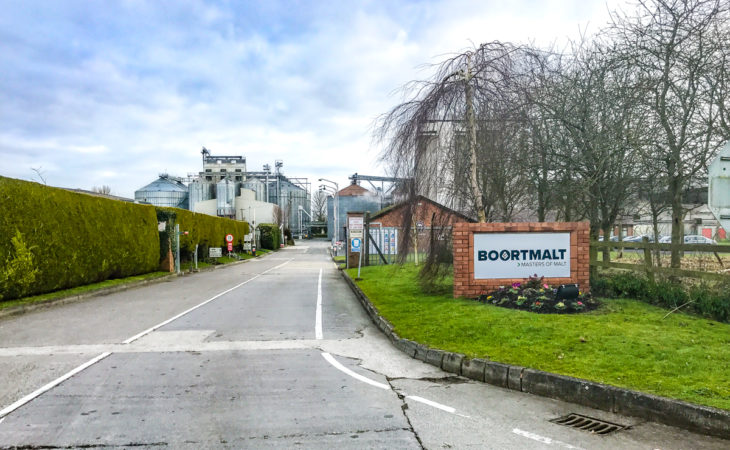 Boortmalt plans to expand its intake of malting barley from 125,000t to 175,000t by 2019. This extra barley will be facilitated by an extension to its plant, for which planning permission is yet to be sought, in Athy, Co. Kildare.

However, the company is actively seeking growers for 2018 to fill these demands and to get the plant running as soon as possible when it is completed.

Chief agronomist with the company, Tom Bryan, spoke to AgriLand about the expansion and the research that is going into growing the niche crop.

Boortmalt is hoping to increase existing contracts with growers, while also encouraging new growers to come on board. Each grower will receive 3t/ac contracts.

“If someone wants to grow malting barley, all they have to do is contact us. We’re increasing our intake and are going from 125,000t to 175,000t. It’s a massive increase so we need extra acres.

“No matter how much we increase the yield by we will need more acres. If the average yield is 3t/ac and it rises to 3.2t/ac, that is a big jump, but it doesn’t give a big increase in tonnes.

So, it’s acres that will give us the extra tonnes.

These growers may come from the traditional malting barley counties of Kildare, Laois, Carlow and Wexford; but the company is broadening its catchment. This season a malting barley intake will be set up in Blackrock, Co. Louth. The company has also met growers in Co. Donegal.

“In order to increase our intake, we need to expand the area that we’re growing in.

It will be the same contract – malting and distilling. The intake is in Blackrock, Co. Louth.

Boortmalt will begin a three-year study with Teagasc this year. However, details have yet to be finalised. The study is expected to involve the collection of field and harvest data from all growers, as well as an eProfit Monitor.

It is hoped that by the end of the study a set of recommendations can be put together for different growing areas.

The main aim of this programme is to increase yield, acceptance rate and reduce costs.

By using information from the growers, Tom stated: “We want to be able to say this is the way to grow a crop of malting barley to achieve yield and acceptance. We want the information to be available to everyone so that we’re all saying the same thing.”

The agronomist stated that Boortmalt is using varieties that are yielding higher and meeting protein standards.

“Increasing tonnes per acre makes growers more sustainable; the more tonnes per acre they can produce, the more profit they will be able to make. We work with the Department of Agriculture and the seed houses.

Nearly all spring barley varieties have potential for malting now. The department test the malting varieties at two sites – outside of Portlaoise and Bunclody.

“They are two typical malting barley sites and the trials are placed in a field of malting barley and treated like the rest of the crop. This allows the department to see how these varieties react in a malting barley production system.” 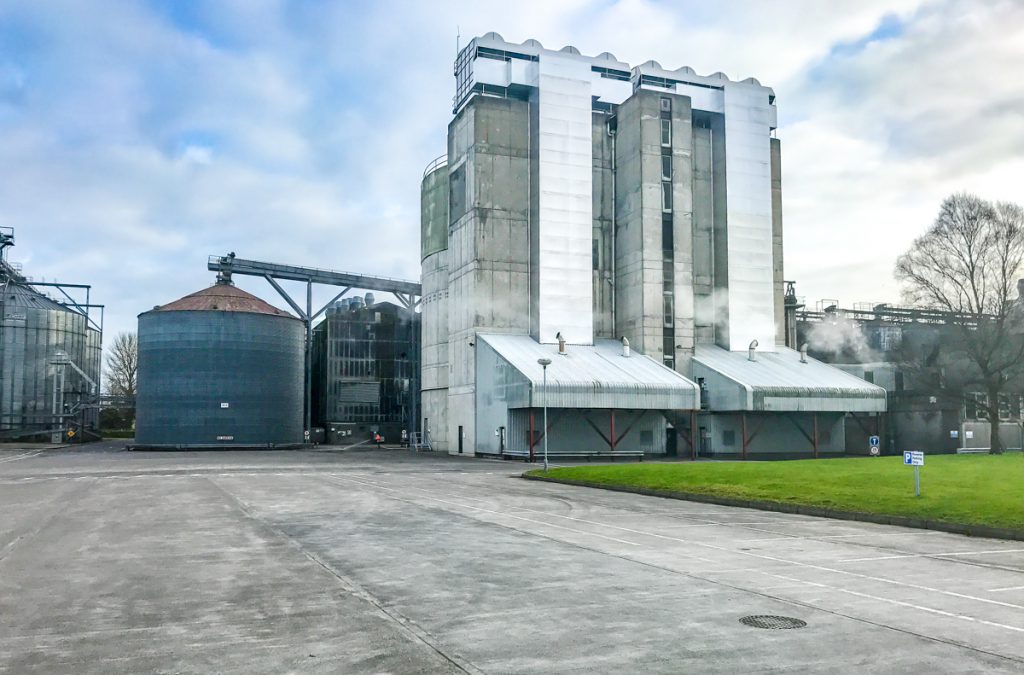 Protein content is something that most malting barley farmers have struggled with over the years. It is affected by many different factors.

“Moving to 9.3% should give everyone a good chance to achieve distilling protein levels. This is the average protein level that we have been getting in from growers over the years.

We’ve moved away from Propino. We’re growing more Planet because we found that there was a higher percentage of Planet coming in at lower protein.

“We’ve moved as many things as we can to help the grower achieve the requirements because we hear feedback from growers that it’s impossible to get in under the bar. It also depends on what happens in the harvest. We’ll have a look at it and see.”

Tom stated that Boortmalt trials concluded that soil structure has a big part to play in protein content.

He said that trials carried out, by UCD and Boortmalt, on nitrogen application rates at two sites – in Laois and Wexford – showed that once you go to 108-112 units per acre (at the site in Wexford) the yield wasn’t going up.

“We can cause the protein to go up, but not the yield. At a site near Stradbally, Co. Laois, a different rate of nitrogen was delivering the same yield. It was higher at 115-120 units per acre to get the peak yield and lower protein. You have to tailor each nitrogen recommendation to each field.”

Tom encouraged all farmers to take soil samples regularly and added that Boortmalt will subsidise soil samples carried out by Teagasc.

“I would advise all farmers to take a soil sample every three years. We have made a deal with Teagasc this year to analyse soil samples at a reduced rate.

Farmers will get €10 off each soil sample for their malting barley ground. 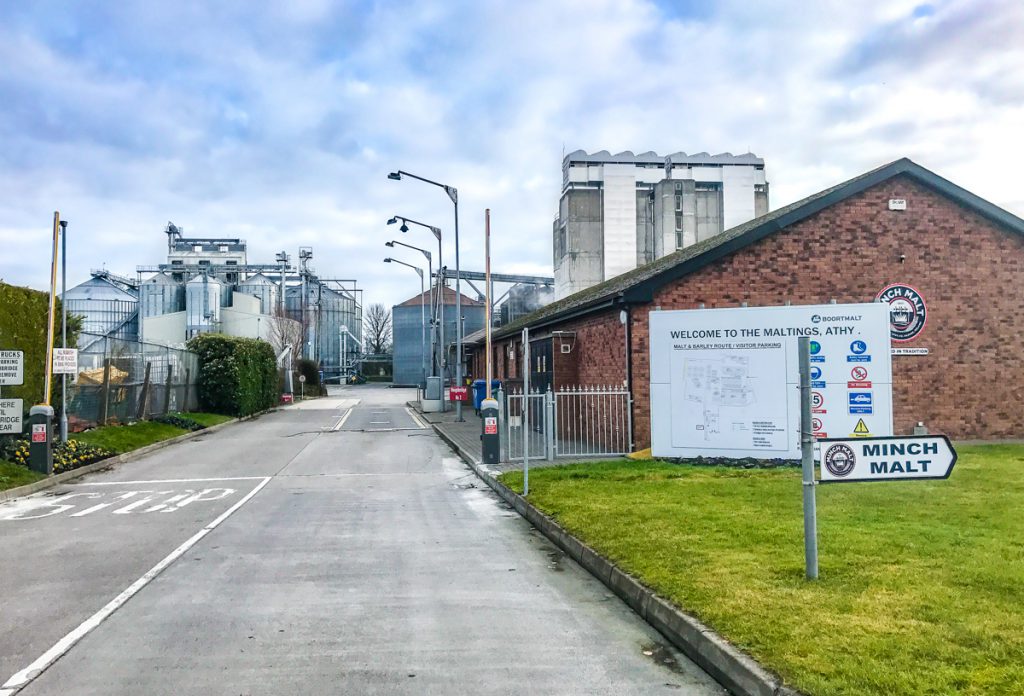 Research for the coming year

Aside from the three-year project with Teagasc, field trials will also be carried out. Nitrogen trials will be carried out by Teagasc and the effect of fungicide timings on fusarium control will be examined by Crops Research Ltd.

“The timing of nitrogen in trying to achieve yield and protein and the effect of green cover is what we are looking at this year.

“We take no pleasure in rejecting a load of barley. A rejected load of barley is a failure for us because when a farmer sows 100ac, they potentially have 300t. We would like those 300t. It’s better for everyone if those 300t pass.

We see working with the Department of Agriculture and Teagasc as a way of getting more tonnes to pass.

“This should create an approach where we’re all working together,” he concluded. 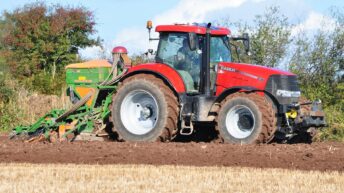