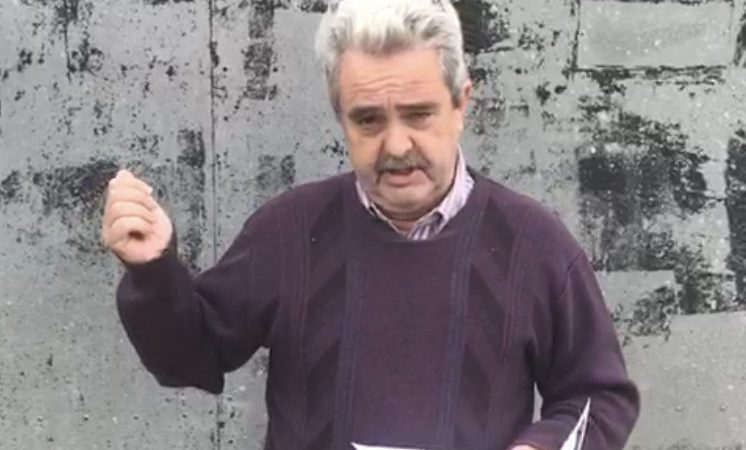 A Co. Leitrim farmer has voiced his anger at the Department of Agriculture, Food and the Marine after receiving a TB Herd History Record Statement which advised him to cull all of his animals in his herd.

In a video, in which Comiskey tears up the statement letter he was sent, he said:

“The people who composed this letter; do they really have any knowledge of what goes through the farmer’s heart when he sees a lorry back in to his farmyard to take away his animals?

They advise me that I should get rid of all my animals – the cows in this herd at the moment; cows that are my pride and joy.

Describing an anecdote of how he assisted a cow and newborn calf one dark winter night, he said:

“I spent an hour and half until I got that calf sucking. The sense of achievement that was in my heart when I got that calf going – and now they tell me to get rid of these cows?”

Noting that he had two animals go down with TB last year, the farmer explained that one of the reactor animals was later found to have no lesions in the factory.

50% of my animals that went away had no visual lesions in them…yet they tell me to get rid of the rest of my animals?

He also criticised the approach, adding: “When I was locked up [with TB] last year, I got no support from the department; I had to do it all myself. I got not a shilling that I had to support the supplies that I had to buy.

“It’s a money racket; they don’t have any concern for the farmer.”

Speaking to AgriLand, Comiskey pointed out key concerns that he believes the TB statement letters raise in relation to: trying to establish a herd again; compliance with the Beef Data and Genomics Programme (BDGP); and market disturbance in cattle trade.

Pointing to the risk assessment criteria – which the department says is based on: how long it is since your herd last had a breakdown; how severe that breakdown was; at-risk animals in your herd; and your purchasing history – the Leitrim farmer said:

“If I cull all my cows as [the department] says, the only way I can get back in is by purchasing – which it states is one of the points determining risk, as purchasing history [could] put me at risk again.

I’ve built up a herd that I’m proud of and meet the 4 and 5-star requirements for the BDGP. If I cull I’m breaking the terms and conditions of it and other schemes.

“Also, farmers like me on the ground know that, where there is disturbance on the land like forestry clear-fell or new roads being made, this causes wildlife to disperse and there is always a breakdown.”

Turning to the social impact of culling, he added:

“There is a very human aspect to this and I find it very stressful as I’ve a bond built up with my animals.

“It’s heartbreaking that they would suggest what they did in that letter,” he concluded.

‘How can animals that passed the test now be deemed high risk for TB?’