The Rabobank Global Dairy Top 20 2016, the latest annual Rabobank survey of the world’s largest dairy companies highlights the giants of one of the world’s most valuable food sectors.

Last year (2015) proved to be a difficult year for most, with the strong US dollar and currency volatility, together with low commodity prices, reducing turnovers for most companies. 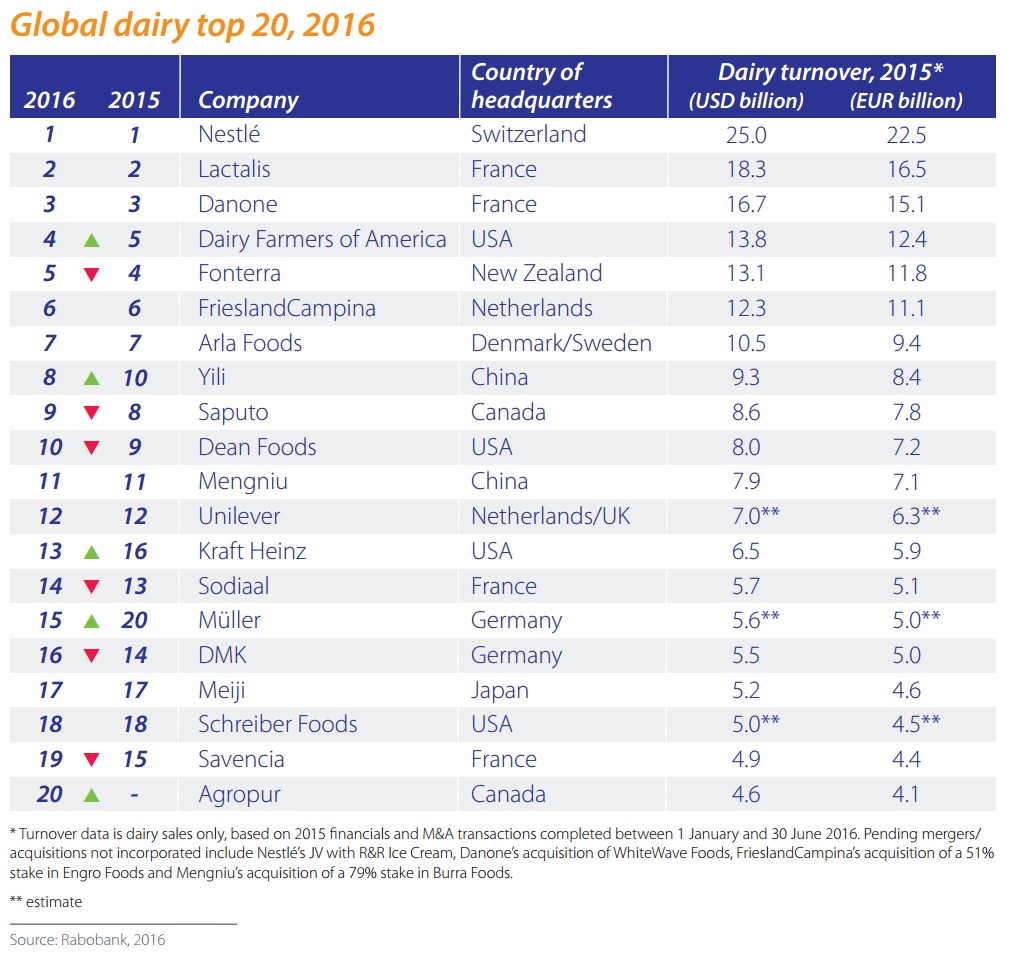 According to Rabobank’s Global Dairy Strategist Kevin Bellamy the big story in this year’s top 20 list of dairy companies—based on turnover—is the shrinkage of the overall size of the pie.

In US dollar terms, the top 20 posted combined dairy sales of US$94bn in 2015, down 13% year on year. It is indicative of how much the euro has weakened against the US dollar in 2015 that the same collective turnover of the top 20 improved 4% year-on-year in euro terms.

As growth in China slowed, the world’s largest dairy companies started to look for new horizons to develop. Africa is now definitely on the dairy map. In total, there were 14 deals in Africa, with four more year-to-date in 2016. This compares with only three deals recorded in Africa in the whole of 2014.

Video: Inside the biggest dairy farm in China - home to 40,000 cows