The search is on for the 2016 International Miss Macra! 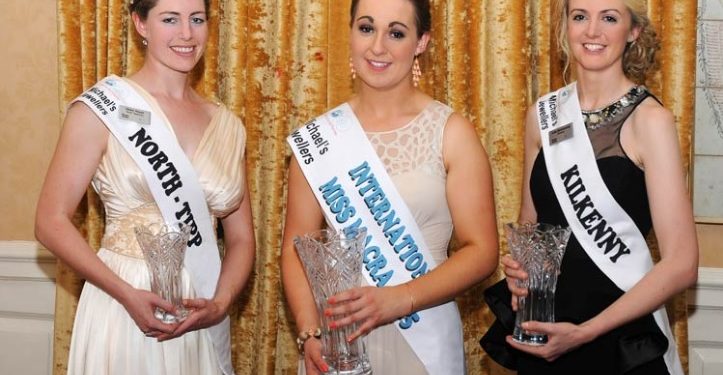 The search is on for the 2016 International Miss Macra, with the competition taking place on the August bank holiday weekend starting from July 29 to August 1, in Thurles, Co. Tipperary.

The event is run by Clonoulty-Rossmore Macra na Feirme, who will welcome the contestants and supporters travelling from all parts of Ireland and abroad to Tipperary.

The participants will compete to follow in the footsteps of Susan Willis from Co. Carlow, who was crowned the 2015 International Miss Macra.

Celebrating its 45th year, the festival is an exceptional representation of what just one voluntary, rural, social organisation can achieve; through hard work and determination, Macra na Feirme has said.

The festival will be held in three different venues in Thurles over the weekend; Hayes Hotel, the birthplace of GAA, the Dome at Semple Stadium and the Anner Hotel in Thurles.

On Friday night the first event, a ‘90’s themed disco, will be held in Hayes Hotel then on Saturday the contestants will be privately interviewed in front of a judging panel of three.

This year’s judging panel consists of Joan Pollard Carew representing Michael Carew Jewellers, Friar Street, Thurles, who are the main sponsors of the festival, Geraldine Henchion working for Tipp FM and Declan Ryan who is the president of the Clonoulty/Rossmore Macra club.

Later on Saturday evening the contestants will be interviewed again on stage by Mike Egan, a previous Macra member, at the Dome, Semple Stadium. There will be live music in the Dome from the band Switch.

Judging at this year’s competition, is based on the girls personality, involvement in Macra, hobbies and interests, knowledge of Macra, general knowledge, beauty and deportment (manner).

Here the contestants, their escorts, host-families, supporters, Macra and non-Macra members will sit down for a five course meal. This will then be followed by live music from Silver Dollar.

Then at 12 midnight on Sunday the winner of 2016 international Miss Macra will be announced.

For more information on the events taking place or to book a ticket, visit the International Miss Macra website.