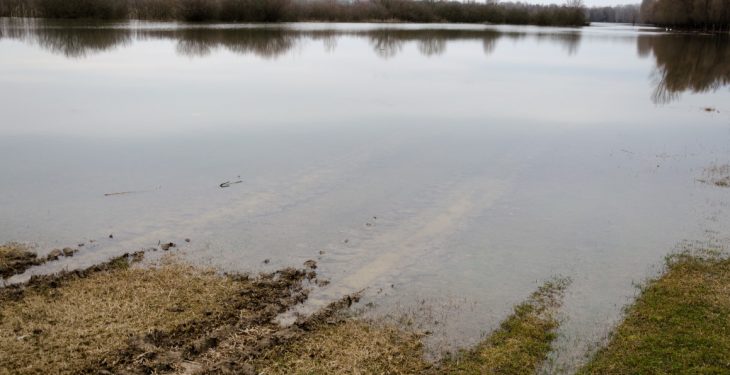 Farmers and farming families are still under siege from rising flood waters at a number of turloughs in Roscommon and Galway, Fianna Fail Junior Spokesperson for the OPW and Flood Relief, Eugene Murphy has said.

Deputy Murphy has said an urgent solution needs to be found in relation to flooding at turloughs in counties Roscommon and Galway.

“The flooding of turloughs throughout Counties Roscommon and Galway is still a major issue and in fact it’s very much the forgotten story.

“There are a total of 133 different areas throughout County Roscommon which are still affected by flooding and many homeowners and business owners are becoming increasingly frustrated,” the Roscommon-Galway TD said.

Deputy Murphy pointed out that the flooding of turloughs are a unique problem in Counties Roscommon, Galway, Mayo and Clare and many farmers in the region are still experiencing hardship as hundreds of acres of farmland are still under water in these counties.

Deputy Murphy was speaking this week following a meeting with IFA officials in Dail Eireann when he met with Connacht Regional Chairman Padraic Joyce and IFA SAC Executive Gerry Gunning who is a native of Ballinaheglish, County Roscommon.

The Fianna Fail TD said he hopes to have turloughs designated as special areas of attention in a new Bill which will be brought before the Dail in the coming weeks.

Deputy Murphy is a co-sponsor of a new Bill in relation to the Electricity (Supply) (Amendment) (No. 2) Act, 1934.

The aim of the bill is to enable the ESB to alter the levels of the Shannon lakes in conjunction with other bodies without legislative restraints. This will be followed by a separate bill on creating a Single River Shannon agency which he is currently working on.

The turlough is still over two foot higher than it normally is for this time of year and locals are afraid that hundreds of acres of farmland will be destroyed once again.

“I spoke to one local man in his nineties who cannot remember such water levels in his lifetime.

“The IFA have also expressed concern that due to the excessive levels of flooding many farmlands which are still under water may not be eligible for payments and this is obviously an issue of major concern for farming families.”

Deputy Murphy said he would support the IFA’s suggestion of grant aiding farmers to carry out some repair and drainage works which may go some way to helping to alleviate the flooding crisis and he also stressed the importance of drawing on local farming knowledge.

The Fianna Fail TD welcomed the fact that Minister Denis Naughten has commissioned aerial surveys from the geological survey of Ireland for all turloughs and top experts on turloughs also met with official in Roscommon County Council to discuss solutions to flooding on last week.

“Flash flooding was also now a reality which the Government and politicians would have to face up to,” he said.