Some 18,000 farmers have been registered under the Knowledge Transfer (KT) Group Scheme, the Department of Agriculture has confirmed to Agriland.

This figure falls short of the Department’s target of 27,000 participants to join the €100m scheme following its announcement in May.

A statement from the Department said that approved KT Facilitators registered approximately 18,000 participants for approximately 1,050 KT Groups in the eight-week period to July 14.

The deadline to apply for the scheme was extended from the original deadline of June 30 to July 14 and approximately 780 groups were registered between June 30 and July 14, the Department has said.

Speaking following the extension, the Minister for Agriculture, Michael Creed, said that the extension of the deadline would allow advisors and farmers further time to finalise arrangements for their Groups.

These Groups will be an important support for farmers in addressing a range of competitiveness and sustainability challenges facing the sector.

Funding of €100m is allocated under the RDP for Knowledge Transfer Groups across the dairy, beef, equine, sheep, tillage and poultry sectors.

Under the scheme, each participating farmer will receive an annual payment of €750 in respect of successful completion of each year of a KT Group.

Each facilitator will receive an annual payment of €500 per participating farmer who successfully completes each year of a Knowledge Transfer Group.

While farmers will be required to attend five KT meetings in each of the three years of the Groups, a central element of the design of the Groups is the requirement for farmers to complete an individualised Farm Improvement Plan (FIP) in conjunction with the Group facilitator.

In response to stakeholder feedback a number of modifications have been made to the scheme design.

Firstly, it is open for a farmer to arrange for an approved nominee to attend in his/her place should the need arise.

Secondly, it is open for farmers to attend two Groups in different sectors – for example, one beef group and one sheep group.

Given the overlap between the content of the groups across sectors, such dual participation will attract a 50% payment rate for both the facilitator and the farmer in respect of the second group joined. 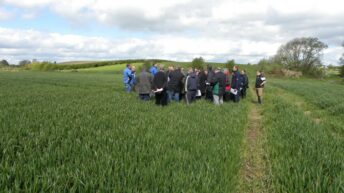 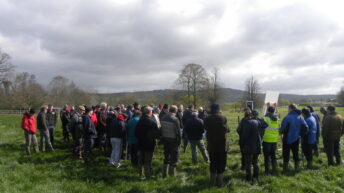 First round of Knowledge Transfer payments expected in June 2017 – Department