The best Snapchats Agriland received this year – did your photo make the cut?

Having launched our Snapchat account earlier this year we have been inundated with photos sent into us through the popular social media app.

Thousands of people from all around the country and abroad are now following Agriland on Snapchat.

Close to six months on from launching our Snapchat account we have decided to take a look back at some of the best entries we have received this year.

First House in the Village

One of the most popular entries so far this year was a snap taken of an address on a cattle identity card.

Credit to An Post for continuing to deliver to this address, you would only hope that there is only one way into ‘the village’. 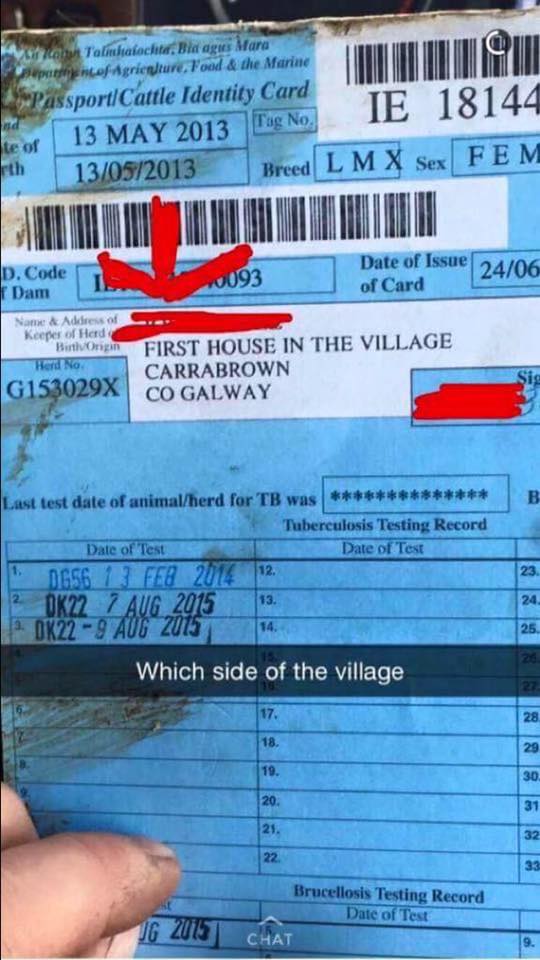 It’s More Fun On This Side of the Barrier

With cattle being housed for the winter, this is a problem faced by most suckler farmers, especially those with autumn calving herds.

The farmer might make an effort to re-pen the offenders on their first few breakouts, but will then eventually give up as the calves sheer determination to grow up on the wrong side of the feeding barrier wins out. 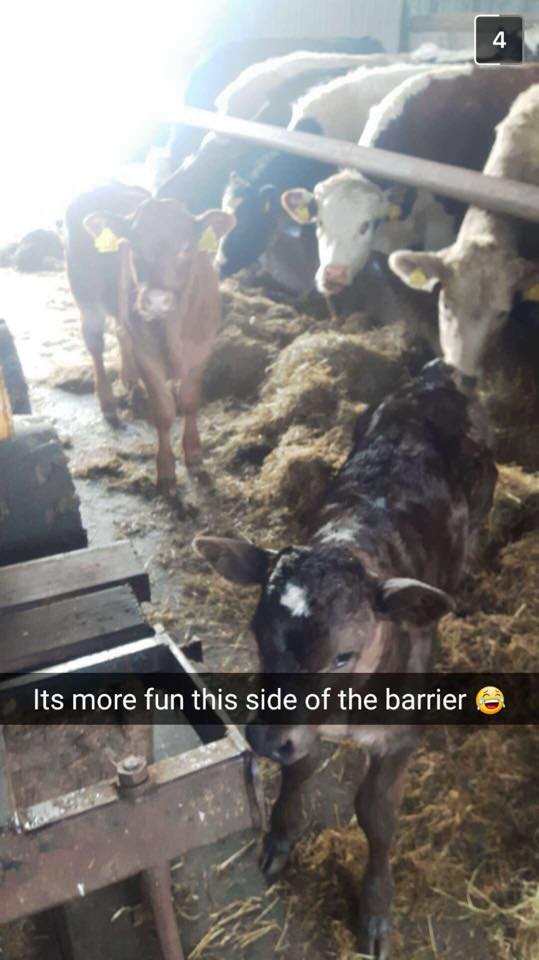 Coming up to the slurry spreading deadline can be a stressful time for farmers as they try and make sure there is enough of room in the tank to make it through the winter.

This farmers’ brave attempt at spreading on soft ground didn’t quite work out, so they decided to cut their losses. We wonder did they get any offers? 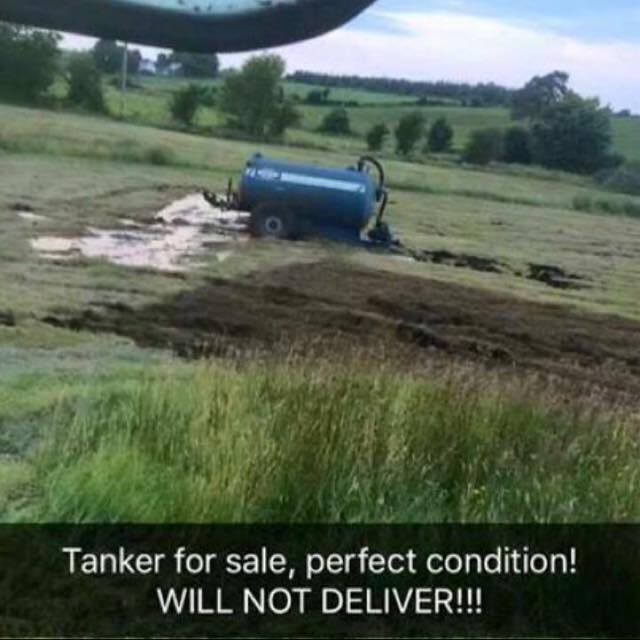 Sheep and chickens are not animals you would necessarily think would make good companions on the farm, but this ram seems to be getting on just fine with his new found friends.

You would just hope the ram took care of the rest of his ‘business’ this autumn without any trouble. 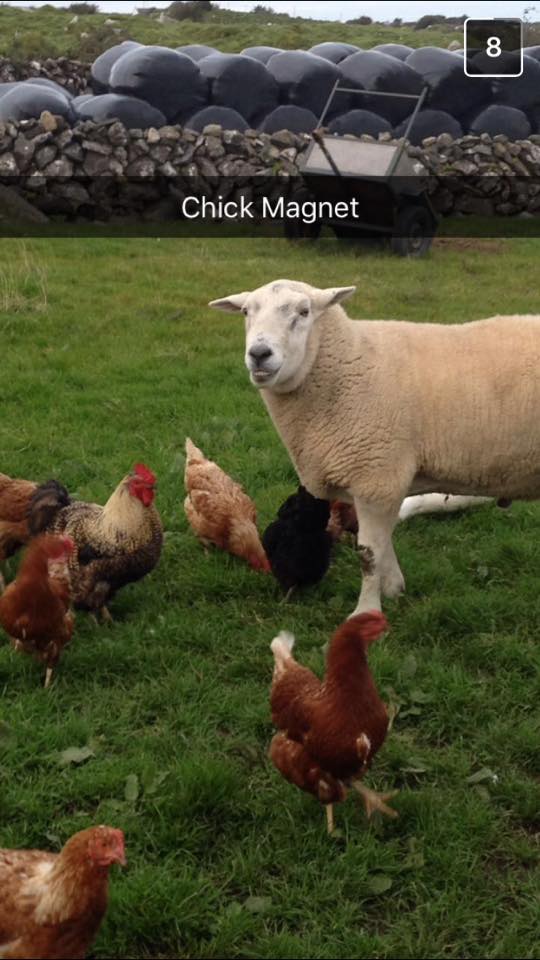 Huns Would Do Anything To Be Tagged In Pictures These Days

The social media craze has grown to huge proportions in the last few years, now even dairy cattle are desperate to get in a photo opportunity.

With cattle tagging being such a hot topic of conversation this autumn, most farmers will appreciate the brilliant use of a pun in this snap.

Well at least those on social media will. 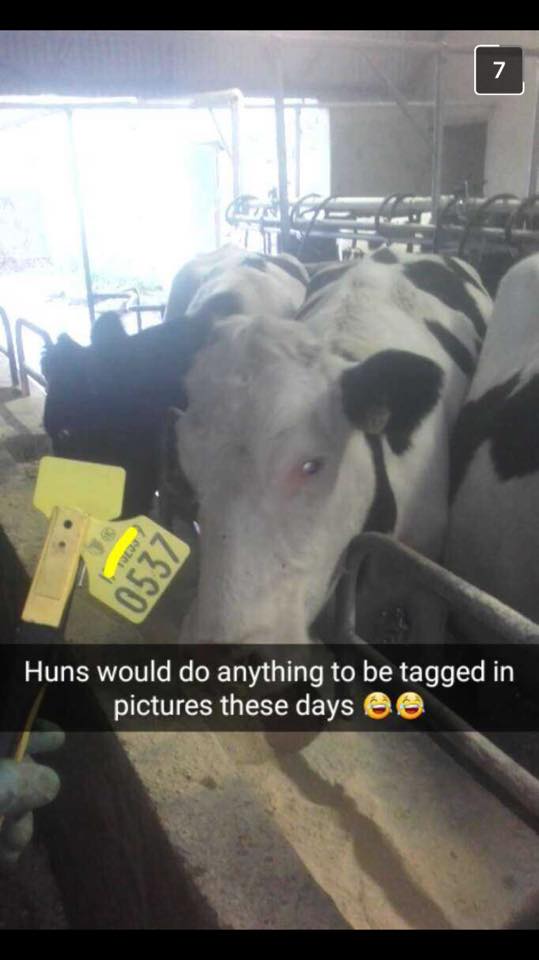 It’s Stressful being a Beef Farmer

Sometimes farmers need to just take a minute and assess a stressful situation. Most farmers will choose to take a seat on a couch or at the kitchen table with a nice mug of tea.

But this farmer decided to the make the most of where he was and take a quick rest in a cattle trough. 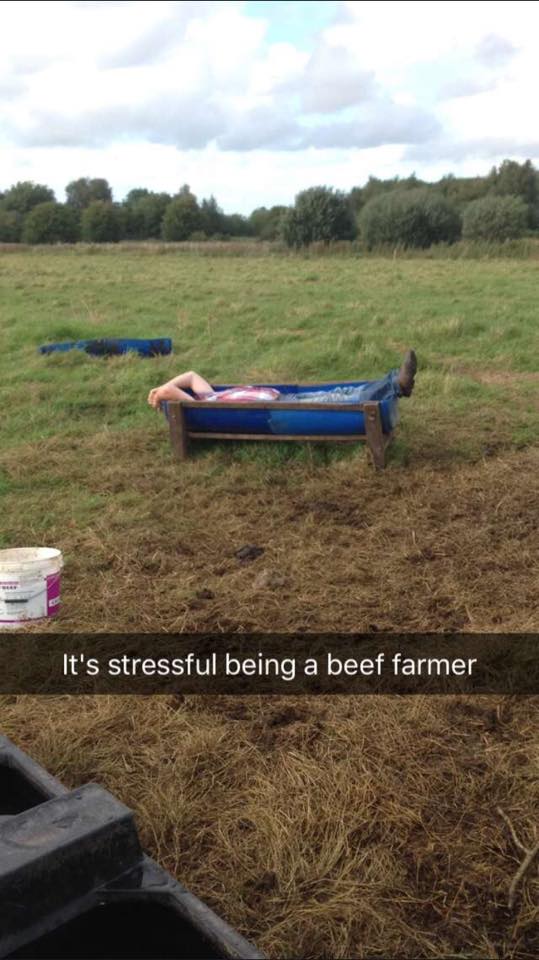 Well that can’t be fixed, said no farmer ever

Whether it’s a gate, a few yards of dodgy fencing or a phone charger, farmers will always try their best to fix it.

However, a piece of baling twine or a handful of staples couldn’t be used for this slightly more delicate operation.

Instead the insulating tape was found to ensure this charger was kept in full working order! 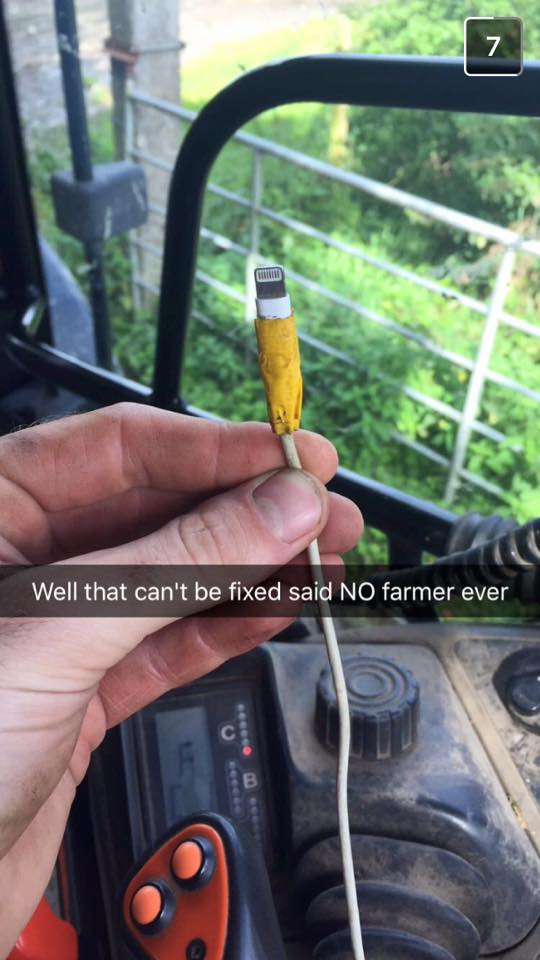 A record 1,880 veterinary medicines authorised in 2020