The average price for an acre of land has fallen, south west hit hardest 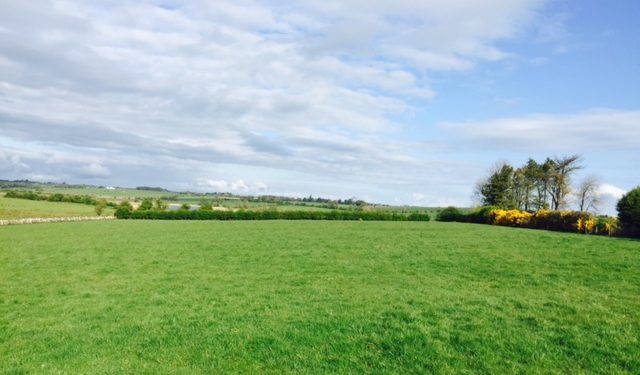 While the price of land rose modestly in 2015, the latest figures from Sherry Fitzgerald show that the Irish agricultural land market has endured a more challenging opening six months of 2016.

Prices fell by a further 1% in the second quarter of the year, following a 0.5% dip in the first quarter. The average price of land has therefore fallen by 1.5% in the six month period to June.

The average value of agricultural land in Ireland stood at approximately €9,650 per acre at the end of June; this compares with €9,750 per acre in the same period last year.

The index has now been in a gentle decline for three consecutive quarters and reflects the ongoing difficulties facing the farming industry in Ireland at present.

That said, a dip in prices in the second quarter of the year has been a feature of the agri-land market over the past three years, perhaps reflecting the general nature of the market.

The South-West, South-East and Midlands regions were the largest contributors to the decline in all types of agri-land values in the quarter.

The average price of land in the South-West fell by 2.2% in the three months to June, bringing the fall in value in the year to date to a significant 3.5%.

Notably, price deflation in the South-West can be largely attributed to the Cork market, where agri-land prices appear to be particularly challenged.

That said, the South-West remains as one of the most expensive markets, where prime grassland stands at approximately €11,750 per acre, and prime arable land, €12,500 per acre.

The South-East and Midlands regions also recorded quarterly falls of 1.8% and 1% respectively.

Meanwhile, the Mid-East region was the only region to witness upward price movement in the quarter of 0.6%, this follows a 0.4% uplift in quarter one, bringing year to date growth to 1%.

The West and Dublin were the only regions to remain stable in the quarter and year to date.

All three of the main types of land are witnessing a downward trend. Prime grassland and prime arable land values both fell by 1.2% and 1.1% respectively in the quarter and by 1.8% and 1.6% in the year to date.

Once again, the South-West, South-East and Midlands contributed largely to this decline. For marginal grassland values, however, the falling trend is more modest; prices fell by 0.4% in the three months to June. However, this comes from a low base; the value of marginal land in Ireland remains at approximately €6,650 per acre.

‘Sentiment amongst farmers is poor’

Commenting on the South-West market, Michael O’Donovan Jnr, Sherry FitzGerald O’Donovan, Fermoy, said, his experience in the market to date in 2016 is that, while prime agricultural lots are still generating strong interest, market sentiment amongst farmers is poor due to current milk, beef and grain prices. I

“Interestingly, the land market is being driven by the fact that it is a tax efficient way to transfer money from parent to sibling. However, poor market prices for farm produce are having a negative impact on land values.”

O’Donovan also highlighted that the recent result of the British referendum, voting by a slim majority to leave the EU, has posed a threat to the Irish agricultural sector, given the scale of trade between Ireland and the UK.

“Approximately one-third of Ireland’s agri-food exports are UK-bound, therefore, trade barriers combined with a weaker sterling are likely to negatively impact trade. The brunt of this extra cost would be borne at farm level, and this in turn has the potential to have a further knock-on effect on land values,” he said.

Commenting on the market, Roseanne De Vere Hunt, Sherry FitzGerald said, “In an already uncertain market, Brexit has now created further insecurity. That said, Ireland’s trade relationship with the UK is two-sided; Ireland is also the UK’s largest food trade partner, so a mutually beneficial trade agreement would be the most desirable outcome of negotiations to come over the coming years.”