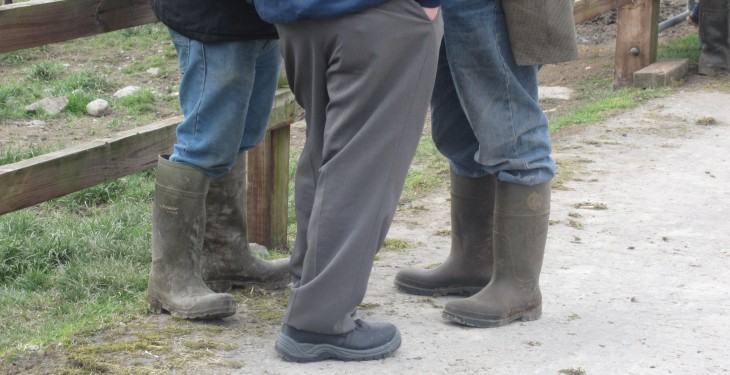 The plight of the 3,900 so-called ‘Forgotten Farmers’ is to be considered by the Oireachtas Joint Committee on Agriculture tomorrow (Tuesday).

These farmers say they have been left behind in the most recent CAP reform.

Macra na Feirme and the Irish Cattle and Sheep Farmers Association (ICSA) will be in attendance to outline concerns around the group of farmers under the age of 40 classified in the older farmer category in CAP reform.

Andrew Doyle, Chairman of the Committee says that the committee is looking forward to engaging with Macra and ICSA representatives to hear the case for the so-called ‘Forgotten Farmers’ who are under the age of 40 but not eligible for the young farmer scheme in the National Reserve.

“Recent meetings on the issue have attracted large attendances from the many in the ‘older younger farmers’ category who have previously missed out on CAP supports such as installation grants.

The Committee is acutely aware that policy much be shaped to attract more young farmers to the industry. In Ireland, there are as many farmers under 35 as there are over 80.

“These worrying trends are a serious threat to the sustainability of the agri-food industry in the longer term.

“Supports must be in place to ensure that there continues to be opportunities for ambitious young farmers so the issues raised at tomorrow’s meeting around sections of this cohort being left behind may be advanced with the Department.” he says.

Earlier this year a review by the Department said that it would cost over €12m to increase the payments of the cohort of farmers know as the ‘Forgotten Farmers’ to the national average payments.

The Committee is also to discuss concerns regarding the Beef Data Genomics Programme with officials from the Department of Agriculture.

Doyle says that the programme sets out to further develop pedigree breeding in Ireland, but the perceived inflexibility in some of the terms and conditions of the programme has prompted criticism among beef farmers.

“Tomorrow’s meeting will be an opportunity to hear officials from the Department of Agriculture respond to concerns about the programme,” he said.