Award winning beef farmer Billy O’Kane talking to visitors during an open day on his farm.

A change of breed has transformed performance, lifestyle and profit for suckler beef farmer Billy O’Kane.

Billy and his wife Liz run a herd of 150 Stabiliser suckler cows near Ballymena. The outstanding herd performance won them the prestigious Farmer’s Weekly UK Beef Farmer of the Year award in 2014.

A qualified vet, Billy has concentrated his entire efforts on farming for the past 10 years. He also runs a flock of 1,000 Romney sheep as a separate enterprise.

The herd was originally a mixture of Charolais, Limousin and Belgian Blue cows crossed with a terminal continental sire. The male progeny were finished as bulls at 16 months and the heifers were finished at 20 months. The beef herd performance was 83 calves weaned per 100 cows, compared to an average of 73 in England and 79 in Ireland.

“But the financial returns were unsustainable. It was difficult to meet target finishing times. The level of calving difficulty was high and the temperament of the cows was poor. Liz lived in permanent fear that I wouldn’t come back safely after dealing with a mad cow calving,” said Billy.

Stabilisers
During the past decade he has switched to Stabilisers – an American four way cross of Hereford, Angus, Simmental and Gelbvieh, a hardy German breed with a very good temperament. The cows are smaller and are bred for fertility, longevity and milk yield.

By carefully selecting easy-calving bulls that carry maternal production values within the top 5% of the breed, Billy has reduced the number of assisted calvings to just 2%, compared to 20% for the continental cross cows.

“In close on 1,000 births in the last six years, we have lost just two calves and these could have been saved if we were present at calving,” he said.

Performance
The lighter cows – 610kg versus 740kg for the continental crosses – have enabled a 15% increase in cow numbers/hectare. The beef herd has a conception rate of 98% over a 12-week service period. Calving interval has been reduced from 391 to 361 days and the number of calves reared per 100 cows has increased from 83 to 96.

“The progeny have better growth rate and food conversion efficiency resulting in animals being finished faster. This has led to a reduction of 20% in concentrate usage – a saving of approx. €100/cow calf unit.

“A recent batch of seven purebred Stabiliser bulls I sent to ABP Lurgan killed out U 3/4L and averaged 361kg at just 13 months and five days old with less than a tonne of concentrate fed per bull,” added Billy.

Replacement heifers calve at 24 months. He maintains this adds an extra margin of €50/cow for every year of her production, compared to three-year old calving.

Overall, the switch to Stabilisers has given an increase of over 30% in kilos weaned/hectare and a substantial increase in profit. Net margin in 2012, 2013 & 2014 was €300/cow – before Single Farm Payment and paying Billy and Liz a moderate wage.

Superb grassland management is a cornerstone of the O’Kane farming system. Calving is arranged to coincide with the onset of grass growth. Emphasis is placed on reseeding and inclusion of clover in the sward and grass cover is measured every week.

Up to 25 Stabiliser breeding bulls are sold from the O’Kane herd every year. There is also a strong trade for replacement heifers. And Billy provides nutritional and herd health advice to his farmer customers on exploiting the benefits of Stabilisers.

Animal Health
Nowhere is attention to detail more obvious than in animal health. Billy O’Kane is a firm believer in the importance of disease prevention and operates a rigid vaccination programme.

To protect against BVD, all cows and replacement heifers are vaccinated with Bovilis BVD. Vaccination with Leptavoid H to protect against both strains of leptospirosis is regarded as an annual imperative. Cows are also vaccinated between 12 and three weeks before calving to protect against calf scour by maximising the likelihood that calves get the necessary antibodies in colostrum.

Calves are also vaccinated with Bravoxin 10 to protect against the main clostridial diseases. As coccidiosis is an issue on the farm, calves receive a preventative treatment to control this. 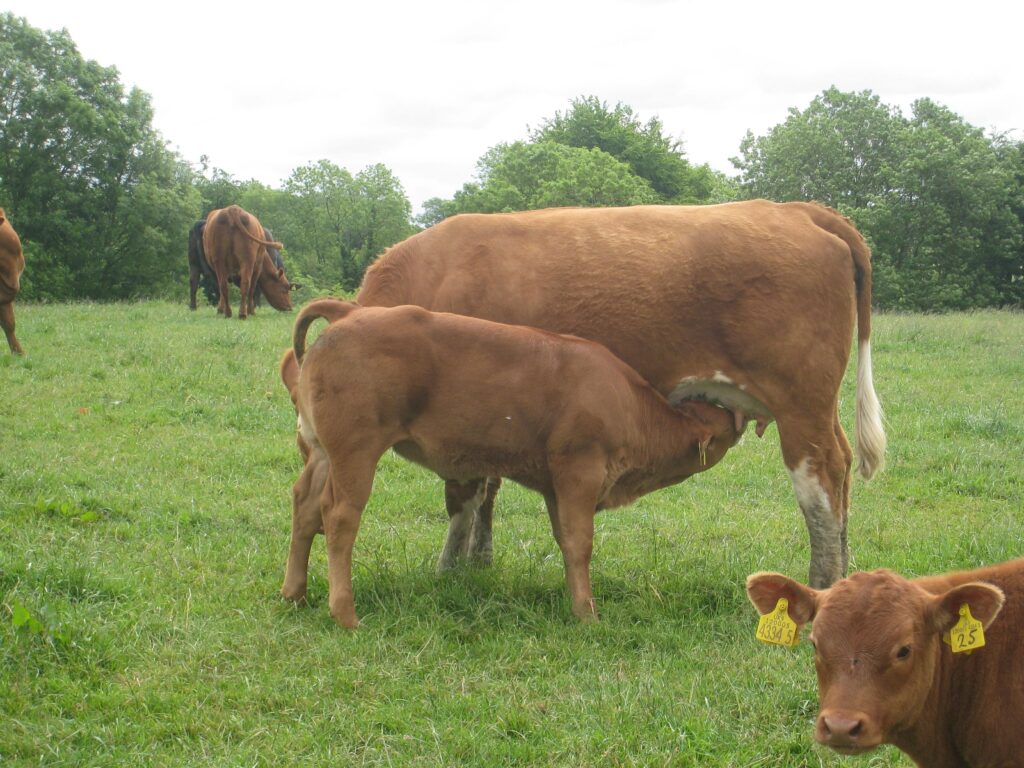