Straw prices are a bit of a mystery at the minute. It seems to be hard to get a definite price out of anyone, but many farmers are still aiming to get from €18/bale to €20/bale for 4X4 bales of winter barley straw at present, while the average price is lower.

Many farmers have engaged the chopper on the combine this season to make use of the valuable product in the soil. While some farmers are chopping headlands, more are chopping whole fields and big acreages, particularly of crops like winter oats. Chopping straw will dilute the supply available for sale.

In plentiful areas for straw, such as counties Wexford, Carlow and Laois, prices are ranging between €15/bale and €20/bale out of the field – with an odd exception below this level.

In Co. Tipperary, winter barley straw is moving at between €15/bale and €16/bale in some areas.

Prices are somewhat higher in Co. Cork. €18/bale looks to be the low of the market so far in this area; however, there are some exceptions to this price. 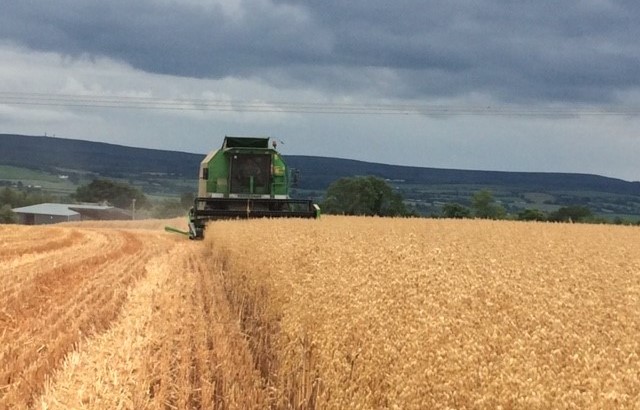 Thomas Bracken sent in this picture of Enda Bracken harvesting winter oats on Monday, July 29, in Mount Bolus, Tullamore, Co. Offaly. The straw was being chopped

Speaking on the straw market Mark Browne – chairperson of the Irish Farmers’ Association (IFA’s) grain committee – stated that “farmers need to value their product” from a fertiliser and organic matter point of view.

He stated that the price of straw should not drop below €15/bale and encouraged those who do not have a market for straw to chop that straw and add value back into the soil, rather than sell at a low price that will damage the market for those who have customers at present.

There are deals being done and there is straw being chopped.

He continued: “We don’t want to let anyone down. At least we have supply this year and it’s important to get a fair price for that straw.”

Bobby Miller of the Irish Grain Growers Group (IGGG) also encourage people to chop straw this week and stated that loyal customers are willing to pay fair prices of between €16/bale and €18/bale, because they were looked after last year. 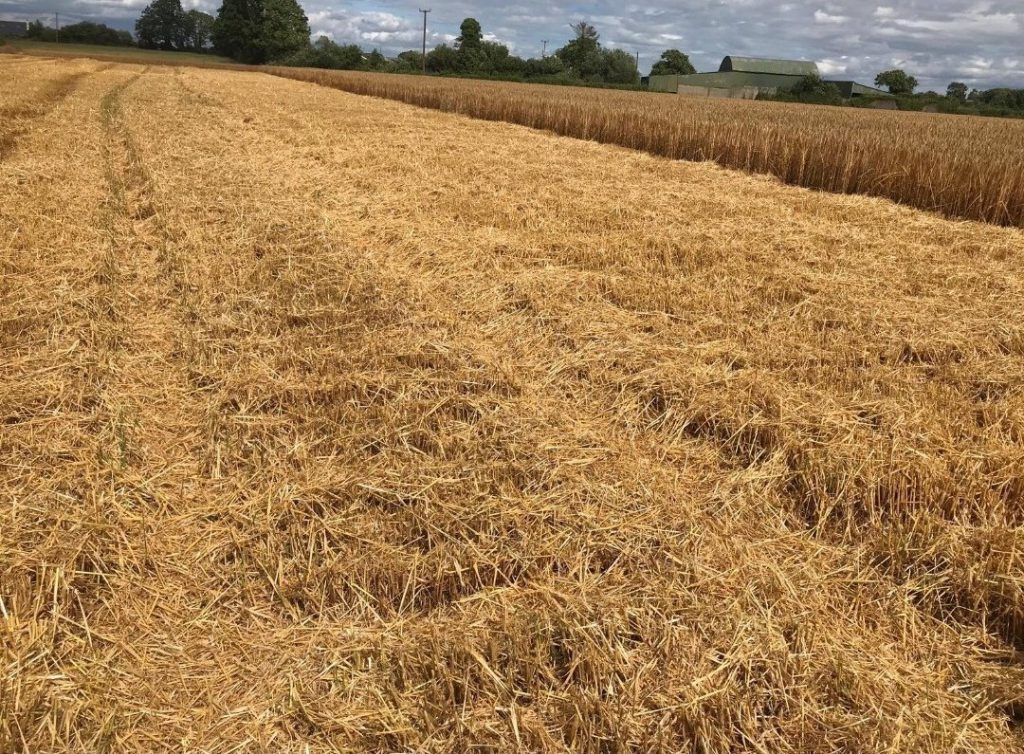 He added: “The volume of spring barley straw will be greatly reduced and people are prepared to chop straw far easier now than a few years ago because they see the bounce in yield in the following crops.”

Both leaders of the respective groups were captured chopping straw in the past two weeks, as can be seen in the images above.

Don’t forget AgriLand‘s sister website Haystack.ie is a new trading platform available to farmers. Straw prices reported on the site at the minute range between €15/bale and €23/bale.

It only takes a few minutes to sign up and get advertising.

Niagara wine made from Niagara grapes...lessons to be learned