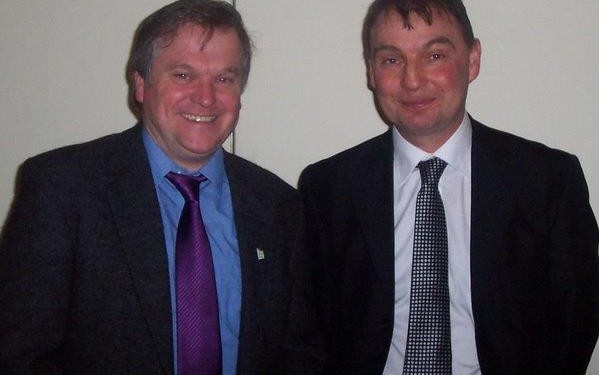 His decision will force a vote on the matter at the ICMSA’s National Council AGM, taking place on Wednesday, December 17, given that the presidential incumbent John Comer has already indicated his intention to stand again.

Stephen milks 60 spring-calving cows near Enniskeane in Co. Cork. Currently sitting on the National Council of ICMSA he is a former Vice President of the National Dairy Council. He currently sits on the board of Bandon Co-op and Bandon Livestock Market.

“I will be campaigning on the need to secure the future of small, family dairy farms. This is particularly relevant given the pressure that is about to come on milk prices in 2015,” he said.

“To this end we need to see Europe acting now to increase intervention prices and the other market support mechanisms, including aids to private storage and export refunds. I am against the principle of dumping dairy products on other markets. But something has got to be done to support family dairy farms in this country over the coming months.

Stephen also believes strongly that the EU must act to provide specific supports for EU dairy farmers in the wake of Russia’s import ban on European food products.

“Why should dairy farmers in this country have to pay for a problem that was not of their making?”

Another key issue for Stephen is that of improving farm safety standards on Irish farms.

“The carnage has to stop,” he said.

“I am particularly concerned about the risks which young children and old people are being exposed to on our farms. The TAMS scheme is a step in the right direction. But we must build on this for the future.

“I, fundamentally, believe that ICMSA can make a real difference when it comes to defending the interests of small to medium-sized Irish dairy farming businesses. And, looking to the future, ICMSA must be more transparent I the way it goes about its business.”