Status Orange weather warning extended for most of Ireland 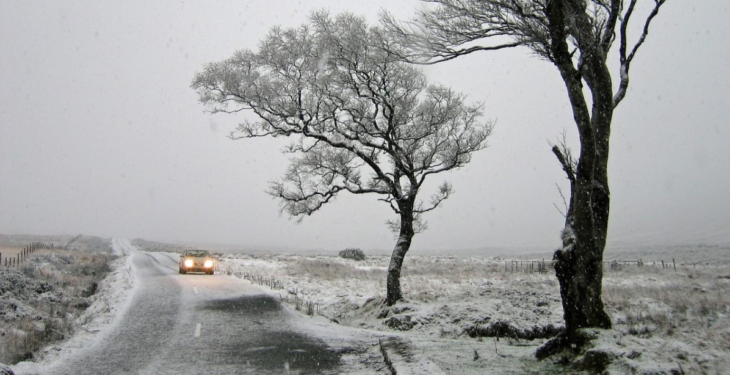 Met Eireann has issued a Status Orange snow and ice weather warning over 17 counties for the weekend.

The snow-ice warning has been given for all counties in Connacht, along with counties Cavan, Monaghan, Donegal, Dublin, Kildare, Laois, Longford, Louth, Wicklow, Offaly, Westmeath and Meath.

According to Met Eireann, significant falls of snow are expected Saturday night and into Sunday.

Accumulations of 4cm to 8cm could occur quite widely with greater totals possible. There’s the possibility of drifting snow locally at times too with brisk winds.

Met Eireann has also warned of slippery paths and treacherous roads due to snow accumulation and ice.

This latest weather warning follows on from a similar Status Orange weather warning which was issued yesterday at 4:10pm for counties Cavan, Monaghan, Donegal, Longford, Leitrim, Mayo and Sligo. This warning came into effect immediately and will remain in place until 6:00pm this evening.

Meanwhile, a Status Yellow snow-ice warning was issued for the rest of the country, valid form 8:00pm last night, through to 6:00pm this evening.

Snow and ice is proving to be a challenge in some parts of the county according to AA Roadwatch.

Icy and snow are still an issue in many parts, especially in the northern half of the country. See https://t.co/PSzIBsvOzE for full details. Allow plenty of time for your journey! pic.twitter.com/r8TSZFhcjl

In a recent tweet, AA Roadwatch warned road users around the country to allow plenty of time for journeys. 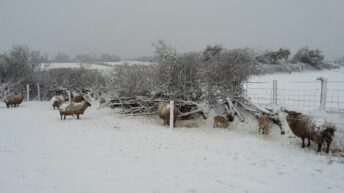 Between 4cm and 8cm of snow expected to fall