Stands flooded as rain pours down on the ‘Ploughing’ 2017 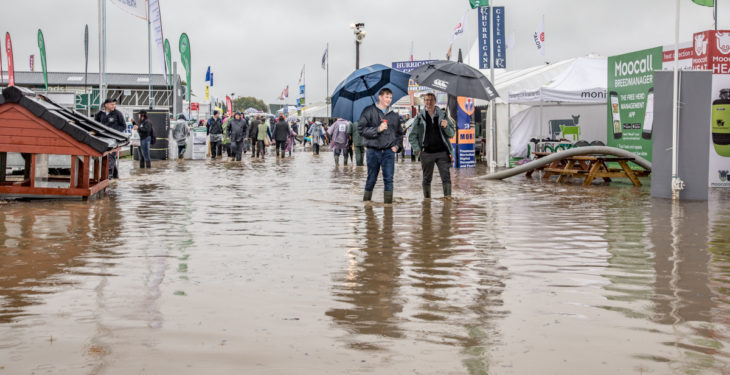 Day two of the National Ploughing Championships saw rain pour down in droves on the crowds gathered. Drizzle early in the morning turned to heavy showers by 11.30am.

When the rain had subsided by about 3:00pm, large pools of water gathered along the gangways and some stands were also flooded.

The Farm Relief Services (FRS), which was carrying out live demonstrations, had to close its doors due to flooding – while the Herdwatch stand beside it was also affected. 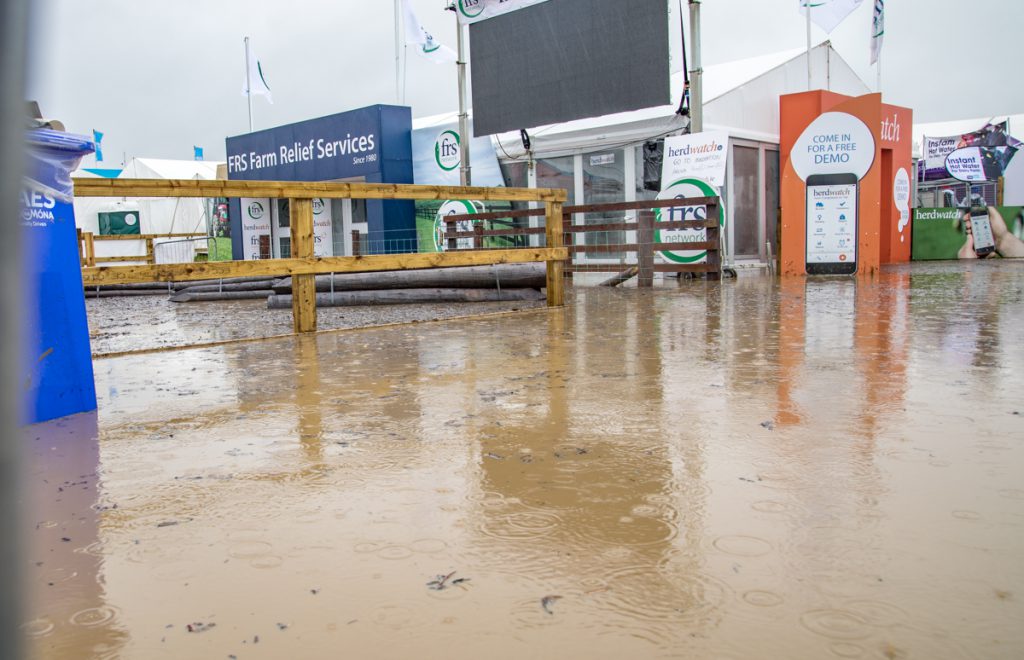 Other areas of the site were closed off to pedestrians. The National Ploughing Association (NPA) put stewards in place to keep people out of affected areas. Barriers were also put in place while slurry tankers drew away water. 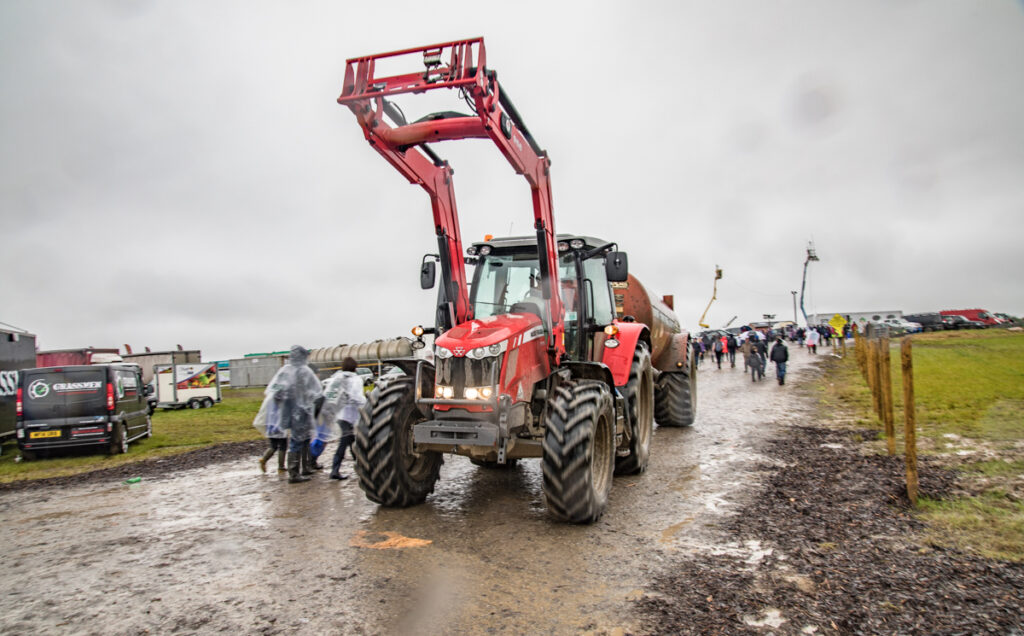 The crowds began to leave the site earlier than usual but it didn’t put a damper on the event as people were well kitted out in their wellies and ponchos sponsored by the different exhibitors. 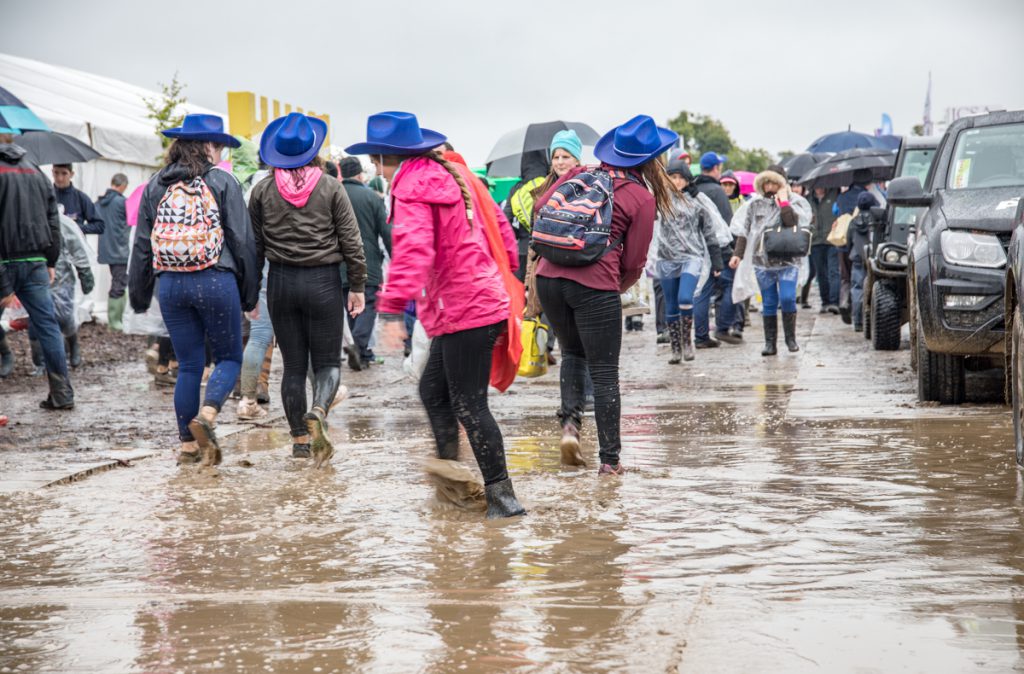 The rain is due to clear overnight and tomorrow is forecast to be a bright day with some sunny spells and showers. Temperatures are forecast to be between 12° and 15° for the final day of the ‘Ploughing’. 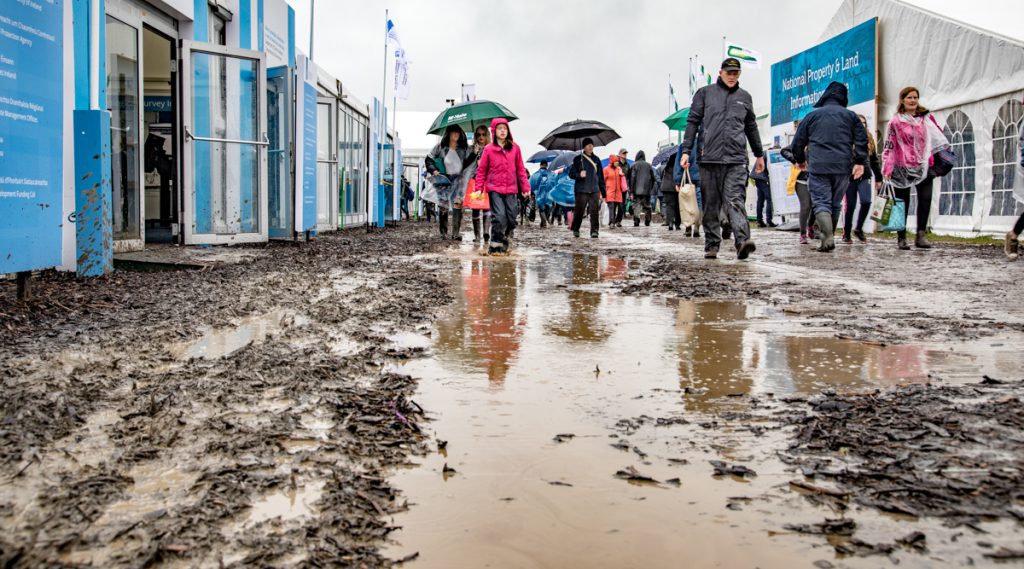 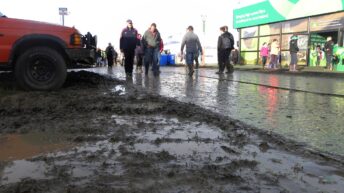