Despite some recent inclement weather, attention at farm level is beginning to switch to turning stock out to grass.

Research has shown that grass is the cheapest source of feed available to livestock production systems, whether they be beef, dairy or sheep, in Ireland.

However, to remain productive and profitable, it may be necessary to reseed some of the under-performing paddocks on your farm.

Traditionally, many farmers would try and reseed paddocks in the back-end of the year, but there is a growing consensus now that spring reseeding works best.

Therefore, it is recommended that paddocks that have a perennial ryegrass content of less than 40% should be reseeded. 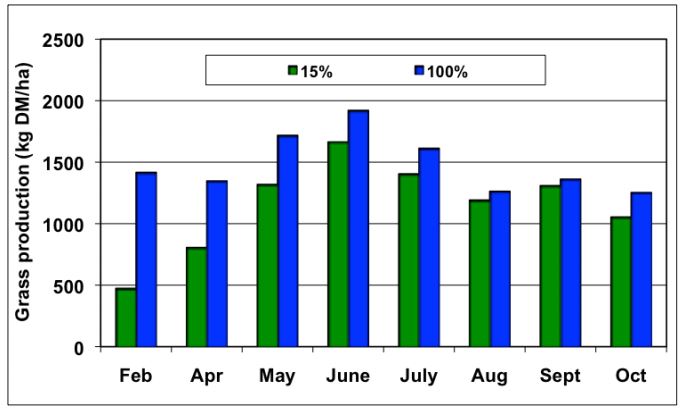 Why should I reseed during the spring?

One of the major benefits of reseeding during the spring time is the ability to apply a post-emergence herbicide spray.

The ability to spray autumn reseeds can be limited due to deteriorating soil conditions, thus making it difficult to eliminate weeds such as docks, nettles and thistles from recently-established swards.

Another major plus of spring reseeding is favourable soil temperatures. Lower soil temperatures in the autumn time can have a negative impact on seed germination, and thus subsequent performance of the reseeded sward.

Teagasc says that variable weather conditions during the autumn can reduce the chances of grazing a recently reseeded sward, which is important for sward establishment and tillering.

In addition, it is also easier to establish white clover – which has proven benefits at farm level – in spring reseeds.

Is mandatory milk recording is on the way?

Is mandatory milk recording is on the way?