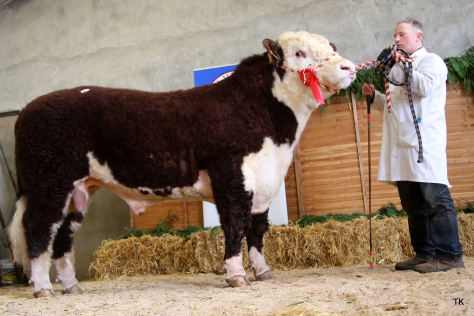 The sale attracted an entry of 57 sire-verified bulls, but due to some bulls being sold prior to the sale and poor weather conditions only 39 went to the sale ring.

Cill Cormaic Nevade, bred by David Larkin from Co. Offaly, topped the sale at €5,200. The bull was purchased by John Conlon from Co. Armagh.

The overall show champion, Moyclare Oliver, sold for €4,750. The son of Brocca Saviour was purchased by David Lovett, a dairy farmer from Castlemaine, Co. Kerry.

Next best on the day was F.H. Unique, a half-brother to F.H. William who was recently acquired by Dovea AI.

Sold by Co. Roscommon breeder Frank Harrington, the bull headed west after being purchased by J.J. Melody, Co. Clare for €4,000.

Co. Monaghan breeders Sam and Nigel Heatrick had a number of bulls on offer. These included Glaslough Rooney and Glaslough Pompeii. These bulls sold for €3,900 and €3,700 respectively.

Riverrock Gold Star, exhibited by Tony Hartnett, took the Reserve Champion title but failed to meet his reserve on the day.

The society has further sales at Bandon on April, 5 plus Nenagh and Carrick-on-Shannon on April 8. 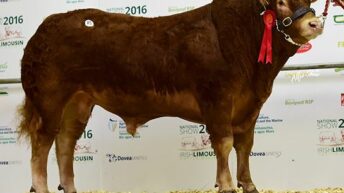