Some reflections on the late, great, Robert Overend

The month of June 2017 was marked by the passing of Robert Overend.

The Co. Derry man was an elite pig breeder of many years’ standing. And while this was undoubtedly a fact, encapsulating Robert’s life in such straightforward terms does him a total disservice.

In truth, he was a true leader within an industry that endured many set-backs, trials and tribulations during the years which followed the UK, and Ireland’s, accession to the then Common Market back in 1973.

Yes, Robert had a successful vision for his own business – which saw him, and the other members of his family, develop one of the most successful pedigree pig breeding businesses in the UK and Ireland.

In this context, he helped pioneer the use of artificial insemination techniques within the pig sector.

And such was Robert’s standing within the industry that his company was chosen by the British Pig Association, and the Rare Breeds Survival Trust, as the centre to freeze semen from endangered pig breeds; in order to maintain their vitally important gene traits for the benefit of future generations.

Yet, Robert always had time to ‘fight the case’ of his fellow pig producers. And this was most vividly demonstrated during his years as chairman of the Ulster Pork and Bacon Forum.

Throughout this period, he was to the fore in promoting the qualities of locally produced pigmeat and would go to whatever lengths were required to make this point.

Those who believe that farmer-protests are a modern phenomenon should think again. Robert Overend wrote the book on how to work that angle almost thirty years ago.

He was also a tremendous communicator and could explain, courtesy of the media, the challenges facing pig producers in a very clear and effective manner at all times.

I met Robert on many occasions. His knowledge of pig production systems was amazing. He also had a tremendous vision for the future of the industry on this island. I know he would be delighted to hear of the upturn, which the sector is now enjoying.

When the going got tough: Robert Overend always got going.

But the true mark of the man was his constant good humour; and his ability to take the other person’s point of view on board. Robert died, aged 86 years-of-age.

Ireland’s pig industry has lost one of its greatest ambassadors. 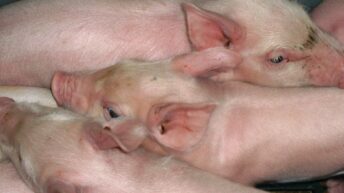