Ladies, forget the nightclubs – it’s all about the marts! 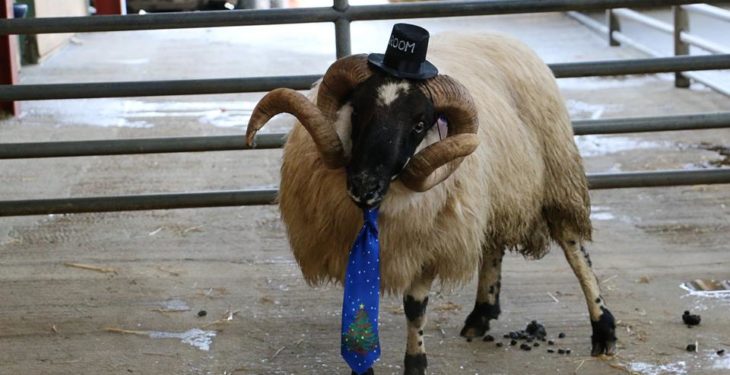 As agri themed weddings grow in popularity, it has been suggested that Irish marts could be extended into meeting places for singles – or possibly even wedding venues for the big day.

That is the view of Dan McCarthy, manager of Kenmare mart and independent county councillor for south and west Kerry.

McCarthy, who also considers himself a dancing enthusiast, claims that “women are looking in all the wrong places for love”.

“The mart could be a great place to meet and marry a farmer, he said.

If you are looking to meet someone aged 55 or 60, you won’t find them in a nightclub. The mart is the place to go. We have men here from their 20s to their 90s.

He urges city gals in particular to look beyond the popular, common hotspots, and take to frequenting marts nationwide.

“City women are the ones to look to; as the ones reared to farming have suffered,” joked McCarthy who also farms, keeping sheep and dry cattle.

He acknowledged that there are lots of women in farming, but said he would like to see more female farmers. Attendance at marts is largely male dominated but McCarthy wants to see that change.

Everyone is being encouraged to diversify now, and I see marts as having huge potential as a social outlet for women and men.

Rural isolation is a huge problem and a lot of people attend the mart, which is held fortnightly at this time of the year, simply to chat, he said.

“Farming can be a tough life and a lot of farmers meet no-one from one end of the week to the other. As farms have become mechanised, there is less interaction between neighbours,” he said.

After reading on Facebook about a couple who tied the knot at a mart in Melton Mowbray, in the UK, he floated the idea here.

He said people are making enquires.

Although he said he would have to seek permission for the mart to become a recognised wedding venue; he is hopeful that he will secure definite interest so he can apply for approval by the Registrar of Civil Marriages.

The reaction has been 99% positive. We’re waiting for a bride and groom to give us the go-ahead. The place would be spotless and we have plenty of facilities.

A sheepish attempt at a practice run for weddings took place at the mart recently, with a Kerry blackface ram and ewe getting together, he jests.

On a more serious note, McCarthy said that Kenmare mart had already hosted several social events including a 90th birthday party three years ago for Eugene O’Sullivan – hailed as the oldest drover in the country and still working.

A card drive was also held for ‘Darkness Into Light’ – a global movement against suicide – plus a car rally and a Pink Hat Day launch.

“At Kenmare mart, we see ourselves as part of the community. We like to be proactive in bringing people together. We still have an annual social,” McCarthy said.

And as for wedding enquiries, McCarthy will roll out the red carpet for any couples expressing serious interest in having their big day at the mart. 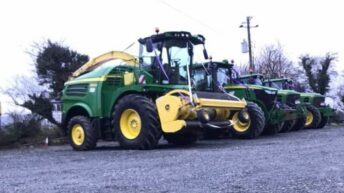 Video: Weddings can be ‘Deere’, but this bride and groom arrived in style