Silage quality shock on the cards for farmers 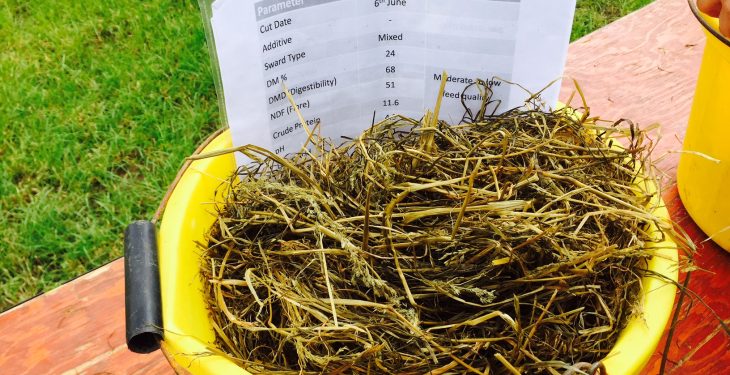 First cut silage analysis results are giving significant cause for concern, according to Gerard Butler, a director of Cappoquin-based FBA Laboratories.

“It’s still early in the testing season,” he said.

“But of the silages submitted to us, a significant number would have significantly depressed DMD and protein values.

Butler also confirmed that the protein values of the first cut silages tested up to this point are in the range 6% to 17%.

“Admittedly we have only tested between 10% and 15% of the first cut silage samples that we would normally be submitted to us. But the general trend to date has been disappointing, from a forage quality perspective.”

Butler added that the results now coming through were not a complete surprise.

“We had tested a number of fresh grass samples prior to ensiling and had picked up on the fact that numerous crops had been cut at quite a mature growth stage.”

Many first cut silage crops were made this year during a period of extremely warm weather, with night time temperatures remaining extremely high.

“As a consequence, swards reached heading and their subsequent growth stages very quickly. This left farmers with a very short window of time to get crops cut at the appropriate development stage.”

Butler said that only a minority of Irish farmers actually get their silage tested.

“These farmers are only guessing when it comes to meeting the nutritional requirements of their stock. And it is an approach that is not fit for purpose.

“For example, dairy farmers are keen to calve their cows earlier in the spring. This means that they will be more reliant on high quality silage to ensure they get the best performance from their fresh calvers.

“But if they do not know the nutritional make-up of the winter forages available to them, then they will not be able to offer a ration that meets the specific requirements of their animals.”

Butler said that increasing numbers of farmers are now asking for a complete mineral and trace element analysis of the silages they produce.

“This reflects the growing recognition by farmers that minerals and trace elements play a critical role, from a nutrition and animal health point of view. But we have no mineral profile results available as yet for 2016, as they require the analysis of both first and second cut silages.”