Claas to display new Quadrant baler at this year’s Ploughing 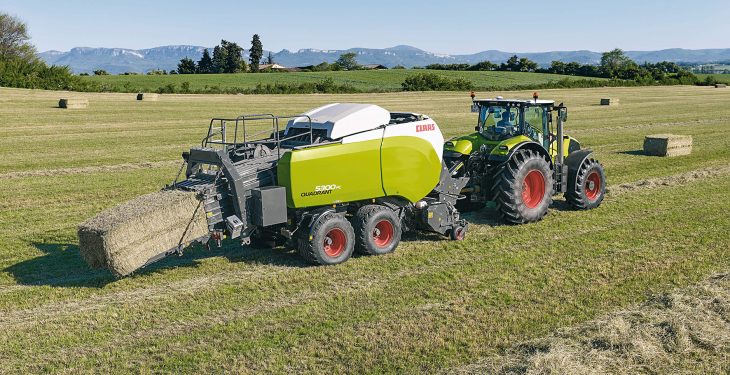 Claas recently launched its Quadrant 5200 large square baler and it will be on display for the first time in Ireland and the UK at this years National Ploughing Championships.

Other recent additions to the Claas range that will also be on display include the latest specification Arion 400 with a panoramic cab, the new Atos range of livestock tractors and from the Claas mower range a Disco 3600C with the new maxcut mower bed.

The new large square baler is the first in a new generation of Quadrant balers, which have been on the market since 1988.

The APC system ensures the required bale weight relative to the strength of string being used is maintained, Claas says, by automatically monitoring the knotters and the stress on the drive system.

Representing the Claas combine range at the National Ploughing Championships in Co. Offally will be a Lexion 630 straw-walker model.

The Lexion 600 range will be powered by the latest fuel-efficient Mercedes-Benz T4F engines for 2017.

The two largest models in the range, the Lexion 670 and 660, will now be fitted with dynamic cooling, where air is drawn in from above the combine over the engine bay and then down the side of the combine to prevent dust rising.

Other new features for 2017 include auto crop flow control which avoids the risk of a blockage, giving the driver confidence to push the combine to its maximum capacity, Claas says.

The Arion 400 with its one piece panoramic windscreen and roof panel provides unrivalled visibility, especially when using a front loader, the company says.

Another new feature in the tractor is dynamic steering, where the operator can alter the steering characteristics choosing from two automatic options and one manual option.

By changing the settings the steering reacts quicker the more the wheel is turned, or the settings can be changed so that steering goes from lock-to-lock in just one turn, instead of the standard 4.5 turns.

The Claas Atos 200 and 300 range of tractors are now fully available in Ireland. The 200 series offers a three-cylinder engine, while the 300 series provides more power with a four-cylinder engine.

The 200 series includes three models with 76, 88 and 96 hp respectively, whilst the 300 series also includes three tractors with 88, 102 and 109hp, with all tractors available in either two or four-wheel-drive.

The Atos tractor range has a new smart stop feature which enables the driver to automatically de-clutch, and so stop and start the tractor, just using the brake pedal. 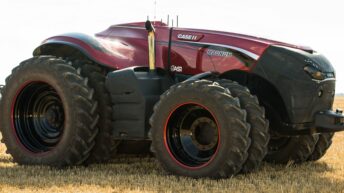