The prospect of the UK quitting the European Union single market poses a very significant risk to the Irish agri-food export trade, according to Chris Horseman.

The Editorial Director of Informa Agribusiness told over 400 delegates at the Agricultural Science Association’s conference on Friday that he sees significant challenges ahead.

“A very big aspect of Brexit is the trading relationships that Britain will have with the European Union and the rest of the world.

“This is a very uncertain environment. It is looking less and less likely that Britain will remain a part of the EU single market,” he said.

If this comes to fruition, he added, it would have a very significant impact on the Irish agri-food sector.

Irish exports of beef and dairy to the UK are worth more than Irish exports to the rest of the EU countries put together, he said. 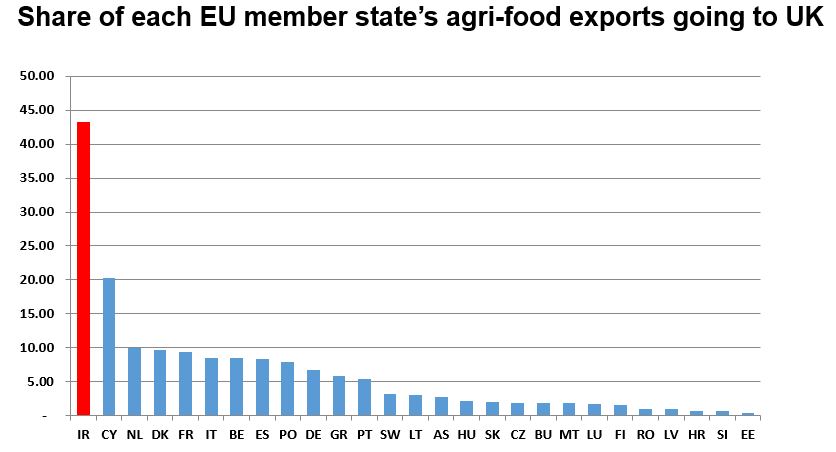 “The UK-Irish free trading zone that we have taken for granted for so long will inevitably disintegrate to some extent if UK pulls out of the single market.

“Britain and Ireland cannot do a bilateral trade agreement unless Ireland wants to pull out of the EU as well, and that is not going to happen.

There would need to be some kind of order economic border between Ireland, as the western outpost of the EU, and the United Kingdom.

“It would probably mean some kind of reintroduction of border controls on the Irish North/south border,” he said.

He also said that the UK accounts for 40% of all Irish food exports, compared to 10% or less for the majority of European Member States.

“That is a very significant market share and if Britain is no longer part of the single market there is no guarantees that trade would continue without tariffs or various kinds of bureaucratic checks at the border.

“This would hamper the flow of trade that has built up between Britain and Ireland,”. 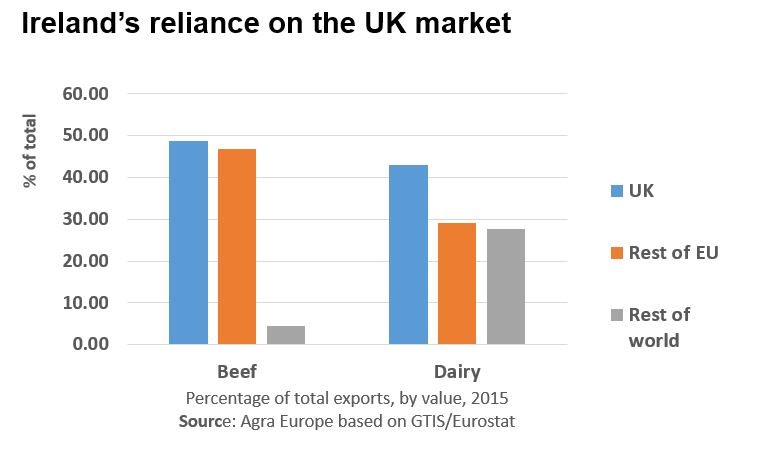 More than two years needed to negotiate a Brexit divorce

Horseman also said it is going to take longer than two years to negotiate a satisfactory divorce settlement between the UK.

“It will be very much in the interest of the EU-27 to have the UK sticking around for at least another couple of years because the current financing period runs until 2020.

“As soon as the UK goes than that is somewhere between €10-12 billion worth of net contribution to the EU budget will disappear,” he said.

South American food production to increase by 40% - But what does it mean for Europe?