Increased dairy cow numbers have driven an increase in the number of calf births this year, new figures show.

According to the ICBF, calf births are 2.6% or 51,507 higher this year to the week ending September 2 compared to the corresponding time last year.

However, despite the rise in dairy calf births, figures from the ICBF show that beef births continue to lag behind last year. 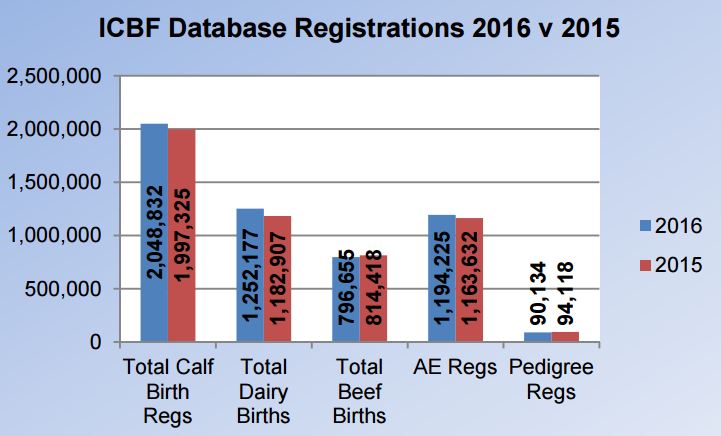 February and March the busiest months on dairy farms

Over half of all the dairy cows calving in 2015 gave birth in either February or March, compared to just 28% of all beef cows, figures from the ICBF show.

It shows that 57% of all dairy births occurred during February and March, with 81% of calvings taking place in the first four months of the year.

Looking at the beef results, the calving pattern isn’t quite as compact as dairy farms, with April being the busiest month for beef calvings. 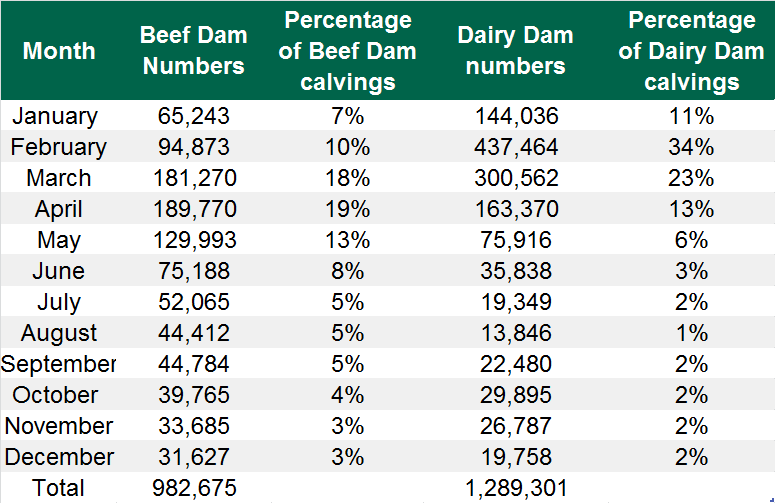 A total of 54% of beef calvings took place from January through to April, which is 27% less than the dairy figures.

Beef calvings took place mainly in the spring time with the results not quite as compact as the dairy results, the ICBF says.

In 2015 just over 44% of the total number of combined beef and dairy births happened in February and March, while this percentage increased to 69% when the time frame was increased to between January and April.