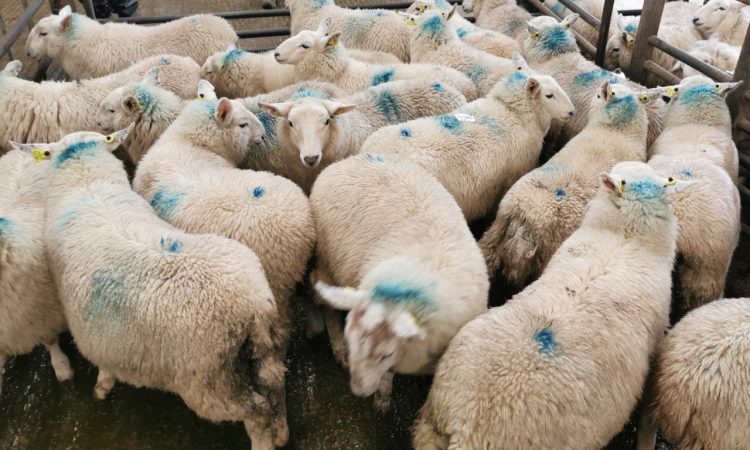 A strong trade across the board has been reported by many mart managers over the past week, with prices for finished lambs stronger in many marts.

With numbers for factory-finished lambs remaining tight, factory agents have been very active across marts to find suitable lambs.

Butcher lambs have been trading up to as high as €120/head; however, for the most part, prices for these lots have been ranging between €110/head up to €116/head.

Lighter stores, in the 35-38kg weight bracket, have been trading from €84-90/head. Lambs weighing less than 35kg have generally been selling from €55/head for mountain-types up to €85/head for better-quality, lowland-types.

Cull ewes have been trading well over the past week. Prices for these lots have been varying from €105/head up to €125/head for well-fleshed lots.

There has been a good demand for store ewes over the last few weeks. Prices for these types have been ranging anywhere from €70/head up to €95/head.

Hogget and breeding ewe numbers are getting smaller across marts. Good-quality hoggets are making from €165/head up to €180/head, with select lots exceeding this price range.

Terry McGovern reported a similar size sale to the previous week at Dowra Mart on Friday (October 9), with just over 1,800 sheep being sold on the day.

He noted that the trade was also slightly stronger than the previous week. Factory lambs made from €96/head up to a top call of €116/head, while forward-store lambs – which were a very strong trade, according to Terry – made up to €98/head.

Butcher lambs made up to €115/head, while factory-fit lambs sold up to €112/head. There was also a strong trade for Suffolk-cross ewe lambs on the day. Ewe lambs over 40kg made up to €118/head.

Store lambs continue to be a good trade at the Wicklow-based mart. Forward-type store lambs sold from €91/head up to over the €100/head mark. 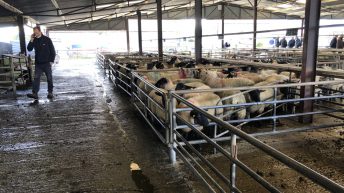 Pics from the mart: Heavy lambs hit €112/head at Loughrea