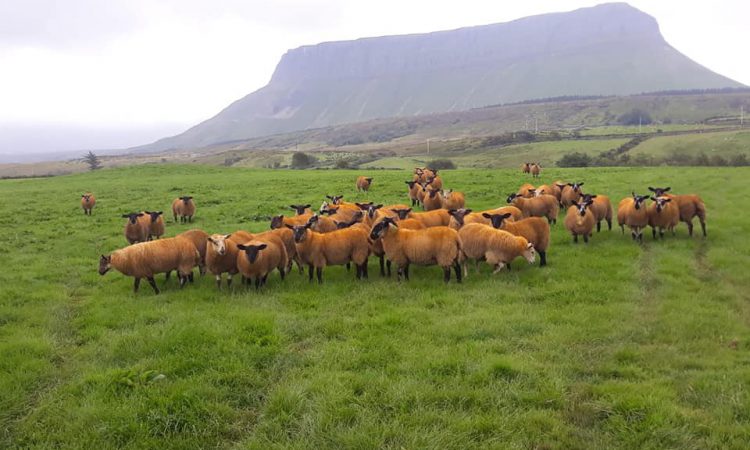 In this week’s Sheep Focus, AgriLand spoke to six breeders – based in the west of Ireland – who are gearing up for this Friday’s Carrick Prolific Ewe Lamb Breeders’ Sale.

The sale, which is heading into its second year of existence, is set to take place this Friday (August 21) at the Showgrounds, Carrick-on-Shannon, Co. Leitrim, at 6:00pm.

The sale will consist of over 650 ewe lambs from various different breeds.

A breakdown of what type of lambs will be on offer is listed (below).

Speaking ahead of the sale, Cathal McCauley of the group said: “Breeders in the Carrick prolific ewe lamb group strive to achieve high prolificacy in their flocks.

Members of the group have years of breeding experience and have improved the genetics of their flocks over the years.

“Many group members are achieving in excess of two lambs per ewe put to the ram. All lambs on offer at this Friday’s sale should be suitable to breed this year.”

To get a flavour for what type of lambs will be on offer, AgriLand spoke to some of the breeders who will be entering lambs into the sale.

Note: Each of the videos (below) were taken by each individual farmer.

Cathal McCauley from Drumkeeran, Co. Leitrim, runs a flock of 90 ewes. His flock consists of mule and Belclare-cross ewes.

The Leitrim native runs a mid-season lambing system. Last year, he ran both Texel and Aber rams with his ewe flock and he ended up with a scanning rate of 1.81, which he says has been improving year-on-year.

For the second year in a row, he will be presenting lambs at the sale.

Similar to many of the other breeders, Seanie runs a mid-season lambing system and last year he ran “Bluefaced Leicester crossing-type” rams with his ewe flock.

He was very happy with the performance of his rams, which saw his flock scan – on average – 1.92 lambs.

After entering lambs into last year’s sale, Sean has decided to go again this year. He will have 10 lots on offer this coming Friday.

The Woodmartins operate a mid-season lambing system. During the breeding season last year, a range of ram breeds were run with the ewe flock. These included: Suffolk; Belclare; Vendéen; and Charollais.

Sarah noted that they found the Belclares to be “very prolific” and that they were “a big reason” for hitting an average scanning rate of 1.9 across the flock last season.

The Woodmartins are presenting ewe lambs at this year’s sale once again, after “getting on well” at the innaugral sale last year.

The ewe flock, which consists of 230 ewes, lamb down in March through into early April. A team of Texel and Suffolk rams were run with his ewes last back end.

A couple of weeks before the lambing period was due to kick off, Raymond got his ewes scanned and, on average, the scanning rate was 2.1, which he was very happy with.

For the second year in a row, Raymond will present ewe lambs at this year’s sale. On the day he will have four lots on offer.

The Roscommon-based farmer runs a flock of 50 Suffolk-cross ewes that lamb down every year in early March.

Last back end, he ran North Country Cheviot rams with his flock of ewes, which helped him to achieve a scanning rate of 1.8.

This year will be Martin’s first year presenting lambs at the sale.

The average price at the sale was €109, with a top price of €138/head being achieved for a pen of mule lambs. 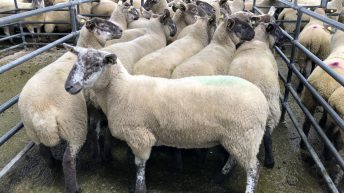