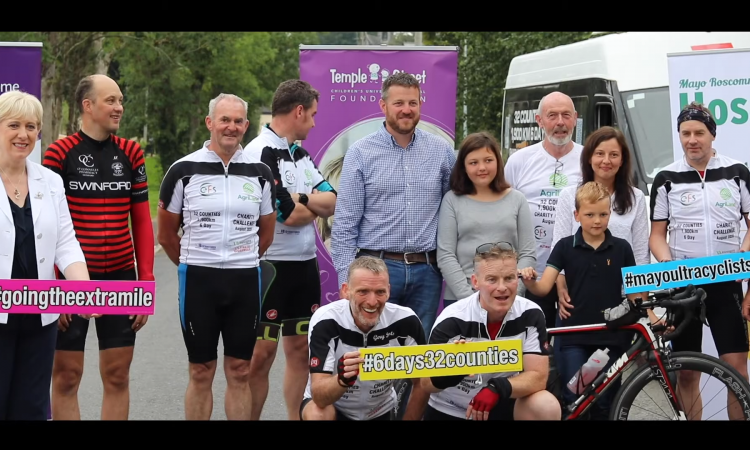 Despite being soaked by rain, coming across road closures, and having their support crew’s bus break down, the ‘Mayo Ultra-Cyclists’ still hit their 320km target on day two of their charity cycle yesterday (Monday, August 17).

AgriLand, which is a sponsor of the fundraiser, will provide live updates over the course of the next week to keep people up-to-date with how the group is getting on.

And just in case the rain might have dampened their spirits, the team got a reminder of what it was all about when they stopped at James’ hometown along the way where they were met by his family.

While undertaking this 1,900km, 32-county ‘ultra cycling’ challenge, they will use the opportunity to raise some much-needed funds for four charities:

So, what were the thrills and spills on day two of the challenge?

After a brief hiccup when the bus that the team’s support crew was traveling in broke down on Sunday evening, it was back up and running yesterday when the cyclists left Craigavon in County Armagh in the small hours of the morning.

Over the course of day they took in counties Armagh, Down, Monaghan, Cavan, Fermanagh, Longford, Leitrim and Roscommon.

In the early part of the day, the team stopped in Keady, Co. Armagh, were team member Gerry Boots is from, and paid a brief visit to Gerry’s mother while they were there.

From there they went on to Scotshouse, Co. Monaghan, the hometown of James Alexander Moore. There they met and spoke with James’ family.

Also on hand was Monaghan native Heather Humphreys, Minister for Community and Rural Development and the Islands, who lended her support.

Throughout this portion of the cycle, the team was joined by Cavan-based DB Cycling Club.

After that, the rain decide to have its say.

It rained pretty much non-stop until Carrick-on-Shannon, Co. Leitrim, with the team having an extended break in Killashandra, Co. Cavan, to dry off and change clothes.

When they got back on the road, even a road closure near Tulsk, Co. Roscommon couldn’t slow them down.

They arrived at their destination, Roscommonn town, at around 9:30pm.

Stopping here had special significance: Roscommon town is home to the Mayo Roscommon Hospice, one the causes supported by the cycle. A potion of the proceeds will go towards the construction of a new hospice.

The group has set up an online fundraising page and are asking people to spread the word far and wide and share on Facebook, Twitter and Instagram, as any small contribution will be greatly appreciated.

A landing page for the event has also been set up, enabling people to keep up-to-date with the event here.

Stay tuned to AgriLand over the coming days as we follow the team on their journey. 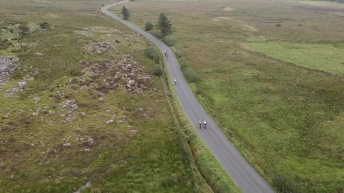