Self-propelled diet feeder ‘loads’ up for the ‘Ploughing’ 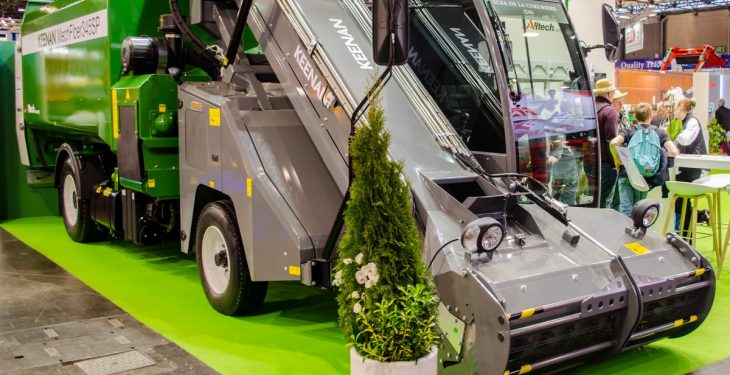 Keenan, part of the Alltech empire, will bring its MechFiber 345SP self-propelled mixer wagon (diet feeder) to this year’s National Ploughing Championships. It will be the first major public outing for this machine here in Ireland.

The company is also making much of its new InTouch controller, which is vying for an innovation award.

At the joint Alltech and Keenan stand (number 348), a new ‘machine configurator’ will be rolled out. It, says Keenan, enables farmers to build and customise their own machine. The machine configurator was actually launched earlier this year. According to the company, feedback from agricultural engineering students from WIT, IT Tralee and UCD all figured in the final design.

A new ‘augmented reality’ machine loading game will also feature on the stand. Anyone over the age of 16 can try their hand – users sit in a model tractor cab and are tested on their accuracy when loading a Keenan feeder.

There will be daily spot prizes for those who score over 95%.

Also at the event will be other machines from Keenan’s line-up, including a number of trailed paddle and vertical-auger feeders and an Orbital (flywheel-type) muck spreader.

Keenan first unveiled its new tub feeders here in Ireland at February’s FTMTA Farm Machinery Show. The tub feeder is the result of a tie-up between Keenan and Italian firm Storti.

Together, the two companies have developed a range of twin and triple-auger vertical (tub) feeders. 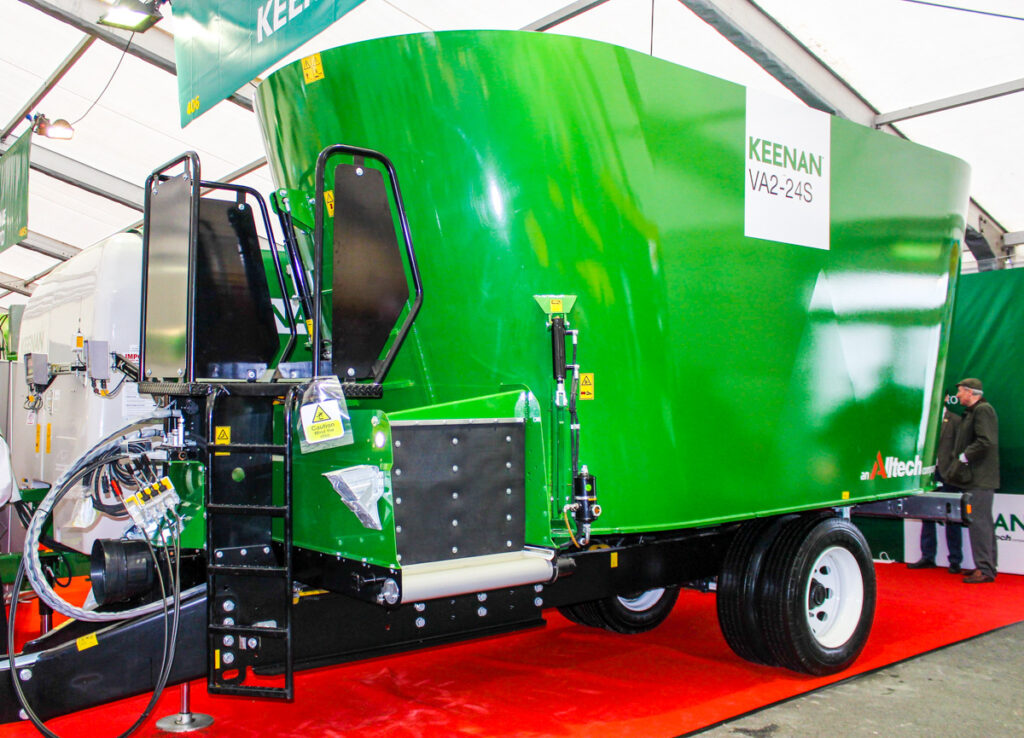 The new self-propelled offering – the MechFibre 345SP – is built on a Storti chassis, which is powered by a 4-cylinder, 170hp Iveco engine. The front elevator also comes from the Italian firm’s parts inventory. 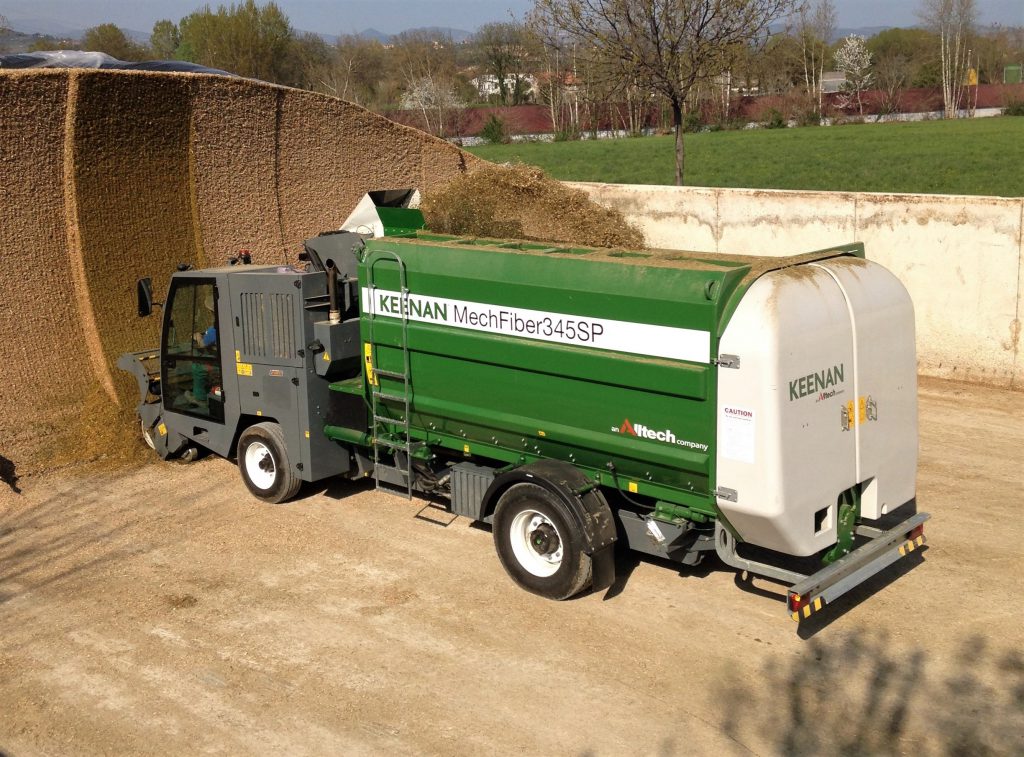 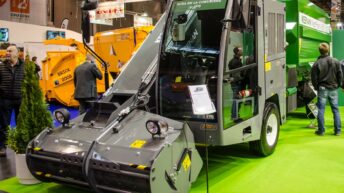 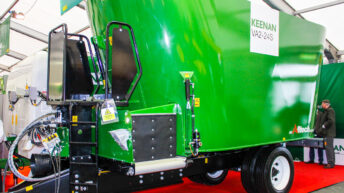