The launch of the €20 million Ireland AgTech Fund (IAF) was announced by the Minister for Agriculture, Food and the Marine, Michael Creed, today (Wednesday, September 6).

Minister Creed said: “This investment by ISIF complements government strategy set out in the Department of Agriculture, Food and the Marine (DAFM) Food Wise 2025 strategy and many years of investment by government in agricultural research and innovation in Ireland.”

In a partnership between ISIF and California-based Finistere Ventures, a global AgTech (agriculture technology) venture pioneer, the IAF will invest in start-up and early stage AgTech companies that can generate significant economic impact in the Irish agriculture and food sectors.

Along with the IAF investment, ISIF is investing an additional €20 million in Finistere’s global AgTech fund.

This, according to ISIF, gives Ireland exposure to the fastest-growing and highest-potential AgTech start-ups around the world, as well as Finistere’s “extensive” network of co-investors and agri-food industry partners.

Kieran Furlong of Finistere, Ireland AgTech Fund partner, also spoke about the IAF, stating: “We want Ireland to be the ‘AgTech Island’ – a hub for European AgTech.

“All the ingredients are here – a longstanding, export-oriented agri-food industry; world-leading research at Irish universities and institutions, such as Teagasc; and, of course, the thriving IT, biopharma and medtech sectors.

AgTech is essentially the combination of all of these, so we see great potential for start-ups here.

Cathal Fitzgerald, the Ireland Strategic Investment Fund’s Head of Food and Agricultural Investments, noted: “We view agriculture and food technology as a significant a high-potential growth area for the Irish economy and have sought out a best-in-class AgTech fund.

“Finistere has a global reputation in what is still a very specialised area of venture investing and its decision to locate its first EU office in Dublin is a significant vote of confidence in Ireland’s Agri-food credentials. 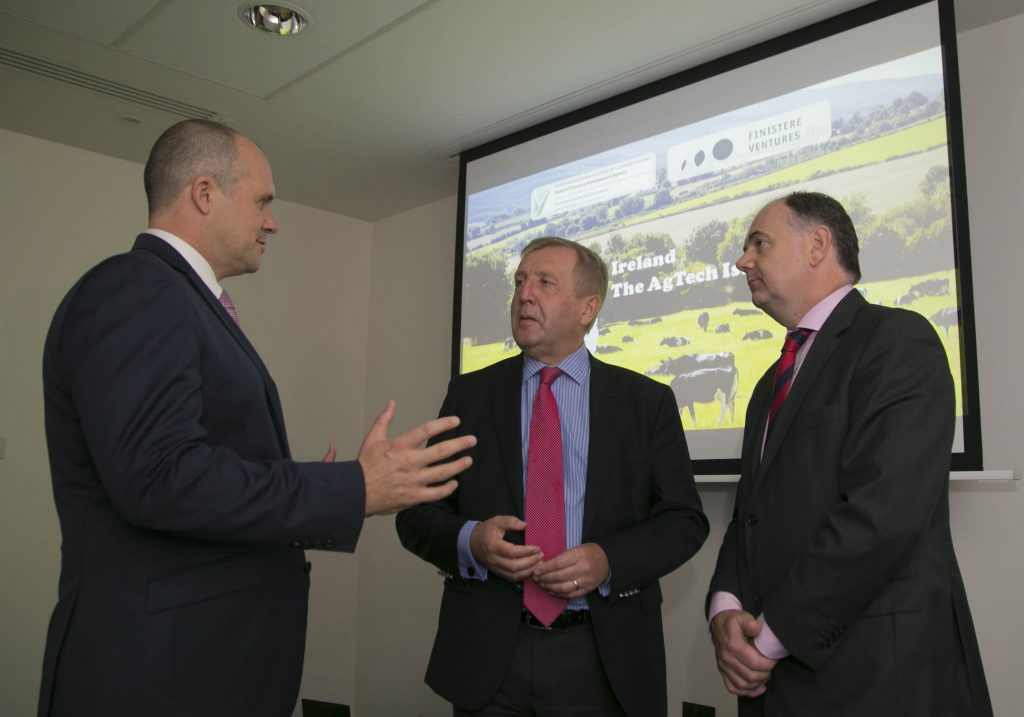 “The IAF has strong potential to deliver a commercial return on our investment, stimulate the growth of the Irish AgTech sector at large, and support the commercialization of the state’s significant investment in this sector.”

As part of its commitment to fostering an AgTech hub in Ireland, Finistere is also announcing plans to open its first European office in Dublin to accelerate its investment and market penetration in Ireland and in the EU.

Furlong will head Finistere’s new office in Dublin. He will source investment opportunities in Ireland, attract entrepreneurs to AgTech and identify promising technologies emerging from a wide range of Irish research institutions.

Finistere Ventures Founding Partner Arama Kukutai, commented on the move, saying: “We are proud to be partnering Ireland Strategic Investment Fund in the IAF.

Ireland is one of a select band of countries that are centres of excellence in Ag Technology.

“Finistere aims to invest in start-up companies that are solving for the big problems facing agriculture.

“We see Ireland as a great hub for many of our investment companies into the EU, a young and dynamic pool of talent, as well as a rich source of untapped Food and Ag R&D (Research and Development) that can prove valuable to the world’s largest agriculture markets.”

Entrepreneurs who are seeking funding for high-potential AgTech start-ups are encouraged to contact Finistere.

IFA's Chief Economist set to move on to new pastures