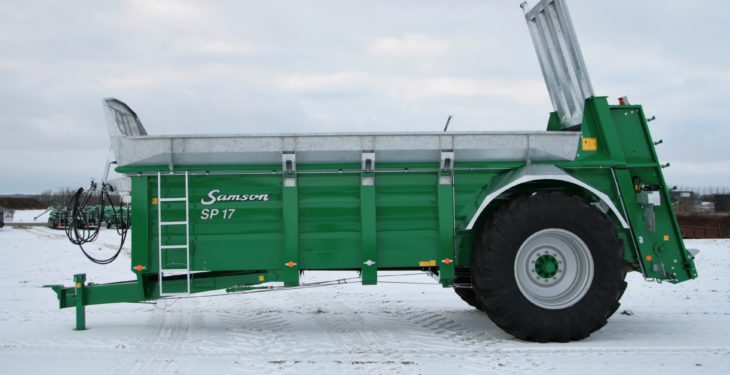 Samson AGRO – the Danish manufacturer – says that strict legislation in Denmark is one of the driving factors towards the use of larger contractors that specialise in the application of slurry and muck.

“This has created a demand for very strong, efficient and user-friendly machines. It has also influenced the development of our machines,” explained Torben Larsen, sales and marketing manager at the company.

He claims that Samson is one of the market-leading producers of machines in this segment – across Europe. The company is currently expanding its dealer network across the water in England.

“This has, for example, lead to spreaders with one of the best spread patterns in the market, as well as a line-up of unique implements for spreading and incorporating slurry into the soil – offering nutrients to the plants in the best possible way.”

The origins of Samson

In 1943, the blacksmith began trading as ‘Samson’. The entity manufactured: bridles for cows; stands for milk bottles; fencing poles; and fencing wire tensioners (it was this product, along with the biblical character, that inspired the company name).

Through the 1970s, the machines grew in size; so too did the production of muck and manure in Denmark – prompting the firm to also offer slurry pumps.

The first injector and dribble-bar systems followed in the 1980s. By 1986, Samson Tange A/S was listed on the Copenhagen Stock Exchange.

In 2000, four companies from different Danish towns were merged – under the new, collective name of Samson AGRO A/S. 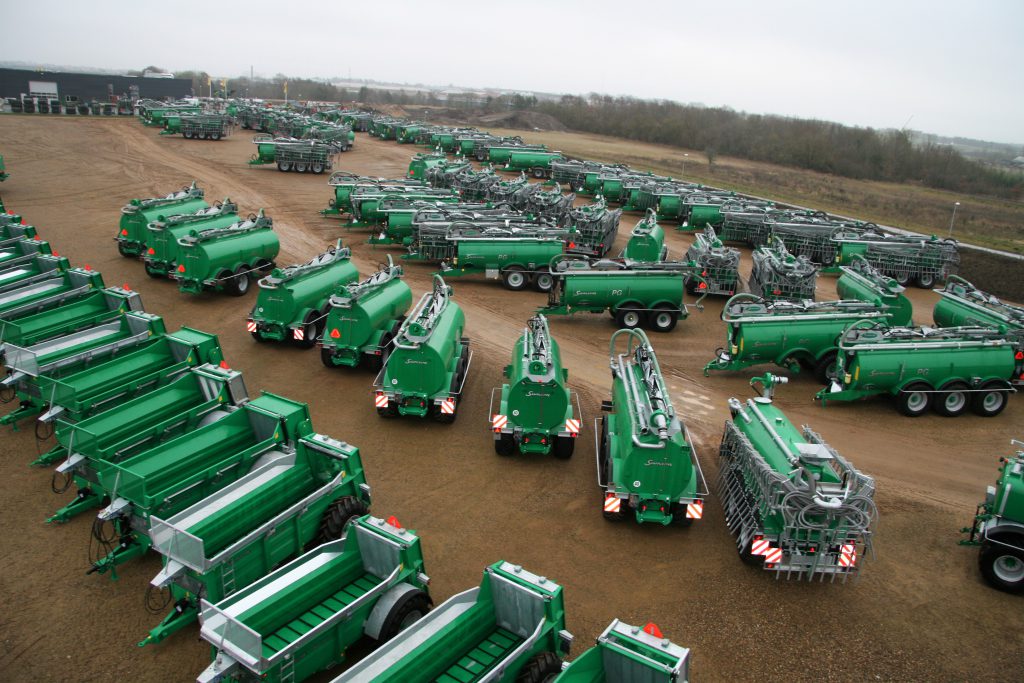 The company was de-listed from the Copenhagen Stock Exchange in 2003; Glerup A/S bought 94% of the shares.

It’s been a long road; the entity will soon celebrate its 100th anniversary as a manufacturer of agricultural equipment. 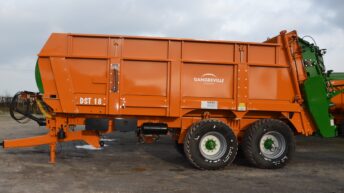 ‘Smart’ spreader avoids getting stuck in a rut