Northern Ireland’s environment agency (NIEA) is understood to have put a virtual deadlock on many major farm building projects because of critical levels of ammonia in the region – but the news has come as a surprise to many farmers.

As a result, many businesses primed for expansion are now finding they are on the “wrong side” of an ammonia threshold they were completely oblivious to.

The news is also costing families thousands; one farmer in Co. Antrim told AgriLand, he and his son had spent more than £15,000 preparing for a planning application which they now feared would never be granted.

A report published this week said the issue had reached a level of “acute pressure” with action needed on all farms urgently.

Several recommendations have been made to curb the problem including planting forest around livestock units, better hygiene in the farmyard, extending the grazing season and a ban on splashplate slurry spreading by 2025 in a report published this week by an expert working group.

The issue is already stalling many large expansion and efficiency projects on farms; however, the report highlights that at no point is there any evidence of anyone from the agricultural industry being consulted.

Seven different air modelling guidelines exist to measure ammonia; however, most farmers remain oblivious to the issue until they are well into the planning process.

A map included shows environmentally-protected sites across every county where the developments within set distances must meet even stricter ammonia criteria. 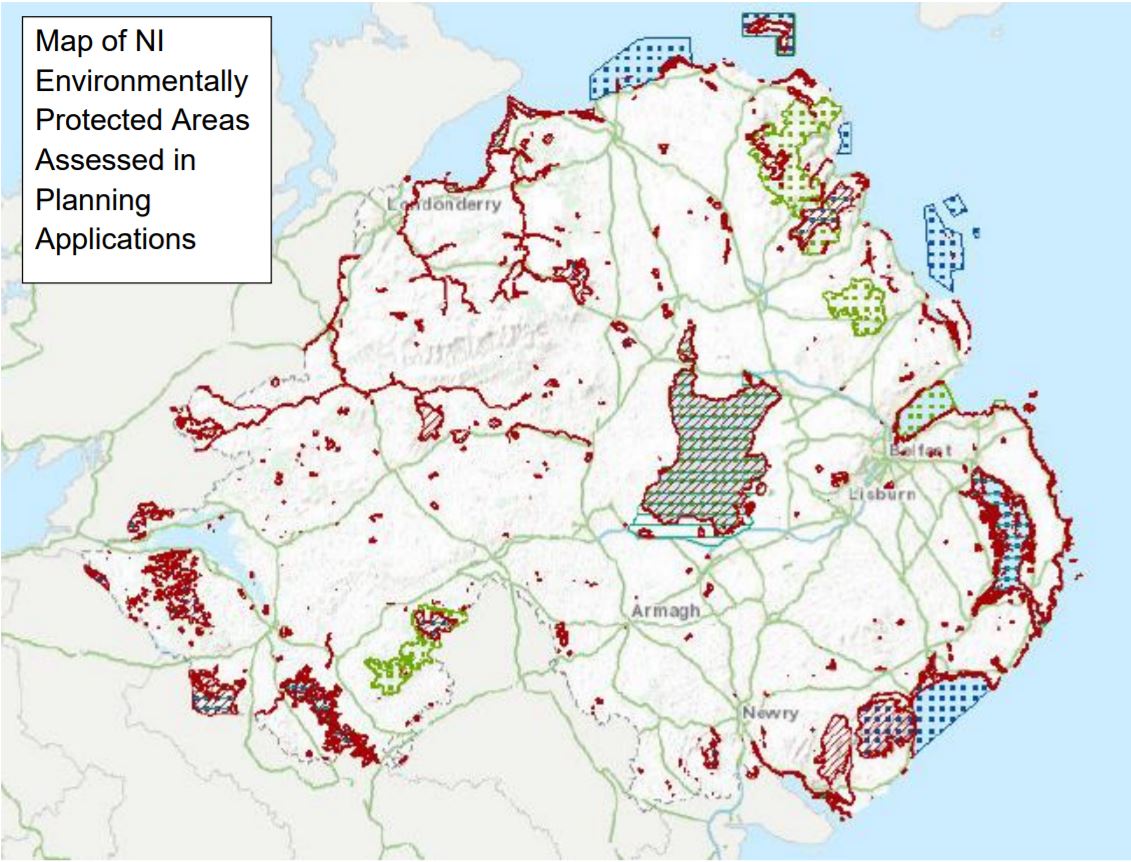 Speaking at a press briefing, Gilliland said he was shocked when he learned that “no one had thought to tell farmers” of the significance of ammonia emissions before now.

He said: “[When I was appointed chairman] I had no understanding of just how immediate and complex this issue would turn out to be.

“At the time I reassured myself, by the fact that many other key players in our sector knew no more about agriculture ammonia emissions and their subsequent deposition as nitrogen than I did.

But there lay the first huge problem; if I and the expert working group knew little about the issue, the sector knew even less – and that would include many within the newly-formed sponsoring department – the Department of Agriculture, Environment and Rural Affairs (DAERA).

Gilliland added: “Because of our real problems with nitrogen deposition from ammonia emissions, all planning applications for livestock enterprises which emit ammonia are now being screened for their potential impact on designated sites and priority habitats under an evolving regime of ever more restrictive thresholds.

“In 2010, NIEA introduced a new threshold for the screening of 1% of the critical load of nitrogen deposition for each designated site.

“In 2012/13, NIEA reduced the screening distance to 7.5km and the highest permissible threshold to 10% of the critical load.

“In 2015, the NIEA unit which regulates IPPC (Integrated Pollution Prevention and Control) on farms also moved to the 1% screening threshold.

“To our knowledge, these decisions to introduce more restrictive thresholds were made without consultation with the sector and were never communicated to the majority of livestock farmers who had previously fallen outside the IPPC regulations that large pig and poultry producers have been under for many years.

“In light of the previous helpful government consultations on nitrates and phosphates, the expert working group understands the sector’s anger that these new requirements were introduced without any consultation with the sector and without an appropriate educational and communication programme.

With significant areas of Northern Ireland at or above critical levels of ammonia, achieving planning approvals is becoming more difficult, and almost impossible in some areas, for farmers in all sectors.

“This situation is aggravated by the absence of communication on what the ammonia emission mitigations are, their effectiveness and our lack of knowledge on how one mitigation option interacts with another.

“Many of these businesses, without being previously educated and informed around the importance of ammonia, now find themselves on the wrong side of ammonia emissions, and their subsequent nitrogen deposition on some severely deteriorated priority habitats.”