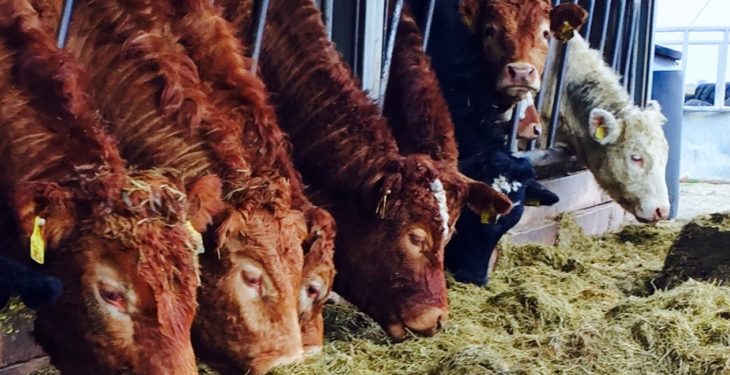 Question marks have arisen over the validity of figures released by the Department of Agriculture, Food and the Marine relating to incidents of cattle theft in 2017.

A breakdown of the number of cattle reported stolen to the department on a county-by-county basis for 2016 and 2017 was recently released.

This represents a decrease of 60% in the space of a year.

However, the Irish Farmers’ Association’s (IFA’s) chairman for West Cork, Cornie Buckley, confirmed to AgriLand that 13 cattle stolen from along the main road between Skibbereen and Ballydehob in early December remain missing. But departmental figures claim that there were only three cattle stolen in Co. Cork last year.

Buckley highlighted that those 13 Friesian cattle – which weighed between 200kg and 300kg – were taken four weeks ago today. He added that a campaign for their retrieval is still ongoing and that a reward is still on offer.

Anyone with information on this theft can anonymously contact the confidential Crimestoppers telephone line on: 1800-250025. Alternatively, people can just contact their local Garda station.

Meanwhile, another farmer in Co. Louth confirmed to AgriLand that 14 cattle which were stolen from his farm in early November remain missing. The farmer claims that he followed the correct procedure and that both the Gardai and the department were alerted to the theft.

The department figures indicate that only three cattle were stolen in Co. Louth in 2017, the same number as the previous year.

This would represent a drop of just under 35% compared to statistics from 2016; almost half of what the initial figures released by the department indicated.

The IFA’s chairman for West Cork described the release of departmental figures relating to cattle thefts as “very misleading” if they are not fully collated and verified.

In an instance where cattle have been stolen, the keeper/owner should report the incident to An Garda Siochana for investigation, according to a statement from the department.

It continues: “The owner/keeper of the stolen animals reports the incident to the Regional Veterinary Office (RVO) in writing – including inter alia details of animals stolen, date of stealing and evidence of reporting of the incident to An Garda Siochana.

“The RVO then sends the evidence of reporting of the incident to An Garda Siochana to AIM (Animal Identification and Movement) Division, following which AIM Division lists the animals as stolen and accordingly maintains records on stolen animals.”

When contacted for clarification – just before the Christmas break – regarding the thefts in Co. Cork and Co. Louth, the department claimed that the AIM Division had not yet received any reports of the animals referenced.

The statement explained that there “may be a delay by the keeper in reporting stolen animals to their RVO”.

As it stands, information on sheep losses – including instances of sheep theft – are not recorded on the department’s systems.

Unlike cattle, there is no requirement for farmers to record individual sheep births on the department’s AIM database, according to the department.

Where sheep are stolen, keepers are advised to notify the Gardai of the details and must record the relevant information on their flock registers, it concluded.