Russia has appealed against the World Trade Organisation’s (WTO) ruling that its ban on EU pork imports was against WTO rules, according to the Agriculture and Horticulture Development Board (AHDB).

Appeals of this nature can take up to three months to complete, and if the original judgement is upheld, Russia will have to lift the ban within a ‘reasonable period of time’ or face retaliatory measures, the AHDB outlined.

The Russian import ban was imposed in early 2014, in response to outbreaks of African Swine Fever (ASF) in Poland and the Baltic States.

Although the disease has not spread beyond these countries, the Russian ban affected the whole of the EU, according to AHDB Pork.

A number of other importers have restricted shipments from the infected countries but Russia is the only major buyer to have extended the ban to the rest of the EU, the pork development board says.

The ban covers not just fresh/frozen pork, which is further restricted by the wider political ban imposed later in 2014, but also other uncooked pig meat products, including offals and fats, the AHDB reported.

The latter, in particular, had a significant impact on the European Union (EU) pig market, due to the lack of alternative buyers, it said.

In a separate development, the Polish parliament has reportedly approved a plan to cull up to 600,000 pigs in the regions affected by ASF, according to the AHDB.

The aim is to reduce the density of pigs, many of them in small “backyard farms”, thereby slowing the spread of the disease.

This proposed cull is the equivalent to around 3% of the annual Polish pig slaughterings, the AHDB says.

Assuming it is implemented, the cull will contribute to the anticipated tightening of supplies in the country in the coming months.

The June census already shows a 12% (1.4m head) year-on-year fall in the size of the Polish pig herd, stated the AHDB.

Despite the Russian market remaining closed to EU producers, Irish pork exports grew by almost 20% for the fist six months of the year, compared to the same period in 2015.

With pork export levels reaching 96,100t, it was revealed by the AHDB that just under 30% of Ireland’s total pig production was heading for UK markets. 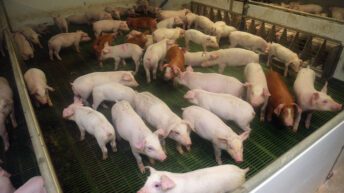 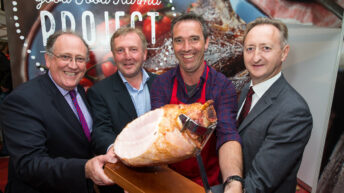