The decision to leave large parts of rural Ireland without a vote at the cabinet table “may well be a continuation of the biases that currently exist for these areas at a political level”, according to the Irish Natura and Hill Farmers’ Association (INHFA).

“In the Dublin commuter belt of Louth, Meath, Kildare and Wicklow there is also a bonus for those running for election to Dáil Éireann but it is not as pronounced as in the capital. In these areas the figure is 21,189 for every elected TD,” he added.

“Inside these regional areas there are some very baffling outcomes,” Roddy explained.

“Going forward there is a need to look at how we configure constituencies and ensure that the electoral commission doesn’t just base it on census figures but also recognise the register of electors.”

Concluding, Roddy stressed that he is not suggesting there is anything underhanded in the way these constituencies were configured.

However, he highlighted that there is a need for the electoral commission to look again at representation levels and make the necessary changes where required. 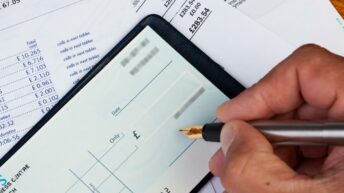 Investments and debt: How did Irish farms fare in 2019?