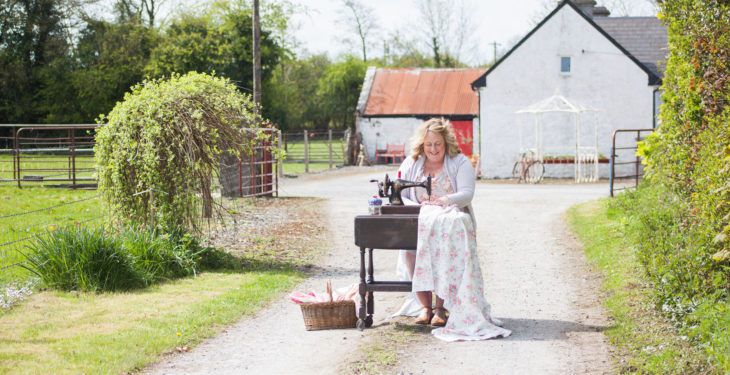 Relocating in 2011 from New York to her family’s farm just outside Roscommon town, Michelle Fallon got crafty with a cottage on her father’s land.

While many farmers have old cottages lying idle on their holdings, Fallon took a novel approach to putting the house where her dad was born to good use.

I live and work in the cottage, which is right in the middle of the farm. My dad now just keeps cattle and sheep, as well as two donkeys – Paddy and Powers.

“My business is called ‘Michellemadethis’ and, as the name suggests, I make things. They are mostly personalised gifts for babies, weddings and new homes.”

The crafty approach ramps up for the festive season. “I open my cottage up to the public and sell all sorts of handmade gifts and decorations at Christmas. I also teach creative workshops from the cottage and children’s sewing camps during school holidays.”

After school, Fallon moved to London for 16 years. She then took a year out to renovate her granny’s cottage on the farm. “During this time, I got offered a job in New York. So I moved there for a year, but after already leaving a city and living in Ireland for a year, I found it too hard and moved back.

“I craved greenery so much that I ate my lunch in Central Park on most days. I even used to try to sit in areas of the park where I couldn’t see any buildings, bringing my iPod to drown out the sound of honking cabs and sirens. You can take the girl out of the country, but you can’t take the country out of the girl,” she said.

I thought I’d just give the cottage a lick of paint and tidy up, but of course it turned into a lot more than that. It needed new wiring, central heating, plumbing and so much more. In total, it probably took two years.

“Anytime anyone now mentions doing up a cottage, I tell them to build a new house. Having said that, I love it and wouldn’t change it. Well unless I won the lottery – then I’d change a lot of things.”

Most of her July courses are fully booked, but there are places on a fashion and accessories camp for those aged 10 and over. It will run from July 24 to 28, from 10:30am to 1:30pm, at a cost of  €120, with materials included. There are also places left on a sewing and craft and interior design bedroom decor camp, at the same times and cost, on August 7 to 11.

Key among Fallon’s future plans is to either renovate the shed adjacent to the cottage into a studio, or to seek a studio space. “Working from home has started to have more cons than pros. It’s a lot of extra work getting the cottage ready for classes and hard to have downtime when your work is quite literally everywhere.”

Fallon relishes the peace and quiet and lack of traffic associated with living on a farm. “There are a few things I find frustrating about being back home, especially when I am trying to get tradesmen to do work on the cottage. The whole ‘I’ll see ya Monday night’ phone call that turns into Wednesday night in three weeks’ time is annoying,” she said.

However, overall Fallon relishes the opportunity to live and work well away from the urban grind. “With internet access, my business works just fine. I do all my advertising on social media for my classes and products and also sell online, so location isn’t an issue.” 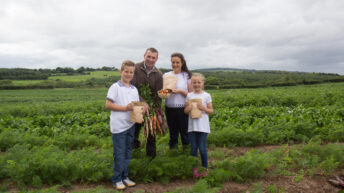