Rob Kearney reveals what his favourite tractor is! 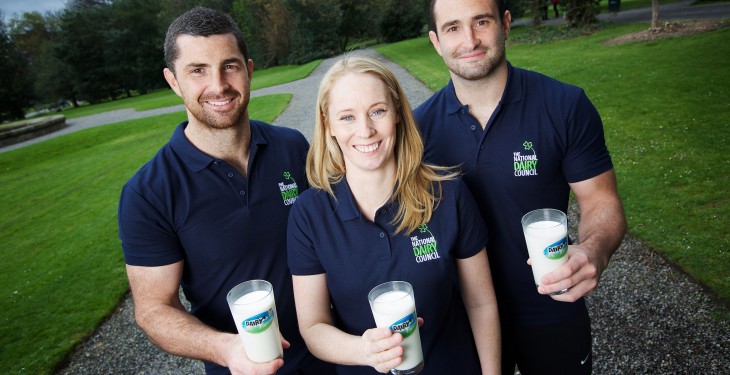 National Dairy Week beings next week and it was recently launched by sports stars Derval O’Rourke and Rob and Dave Kearney.

The Kearney brothers are from a farming background but what is their favourite tractor brand?

“We had a few Massy Fergusons [on the farm] but I’d be a John Deere man myself without a doubt,” Rob said.

Dave Kearney agreed who said they “had a couple on the farm” to which Rob replied “a couple? We had one, he knows well”.

Speaking to Agriland.ie about young player’s nutritional needs, Rob Kearney said that there was a study done recently that found 46% of girls under the age of 15 and 26% of boys have a poor calcium intake.

“It’s important that your diet is balanced and dairy plays a big part in that. With the week that’s coming up now its important that we spread that message and we have some awesome dairy products in the country it’s just making sure that people are utilising what’s on their doorstep,” the Irish rugby player said.

“It’s important that young kids are healthy and older people as well to make sure they’re eating well and eating a healthy balanced diet,” he said.

Derval O’Rourke said that as and athlete she has always appreciated the importance of having a healthy lifestyle, eating a balanced diet and keeping fit.

She is also involved in Moo Cow, the NDC’s initiative for primary school children which educates them about where food comes from and portion sizes. 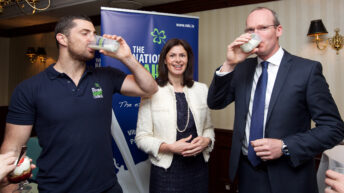