Roads remain treacherous and impassable in many areas 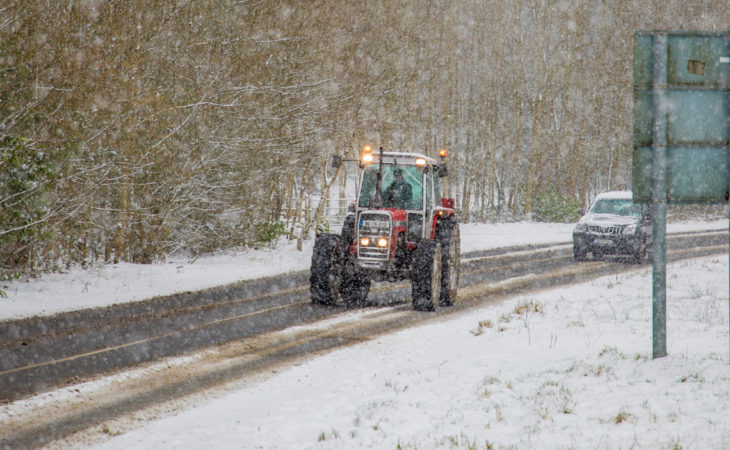 The National Emergency Co-ordination Group has lifted its public safety advice to remain indoors – however, it has warned that road conditions remain treacherous.

Although blizzard conditions have passed, Met Eireann has cautioned that snowfall will continue today across Munster, Leinster and parts of Connacht with strong easterly winds expected.

The greater Dublin area and eastern counties appears to be the most affected. The ESB has said crews are restoring power “where it is safe and possible” to do so.

The Status Red snow-ice weather alert continues in place for Munster, Leinster and Galway. The warning will stay valid until 6:00pm this evening.

A Status Orange warning is in place for the rest of the country.

Speaking on RTE‘s The Ryan Tubridy Show this morning, Taoiseach Leo Varadkar, urged farmers to be very careful on farms.

It is going to take the weekend before everything is back to normal. For farmers it is lambing season, cows need to be milked; so I want to recognise everyone that hasn’t had a snow day and is still working.

“Particularly for the farming community, I would ask them to stay safe – because we know from previous serious weather events most of the injuries and fatalities happen after the event and during the clean up; so I would ask people to bear that in mind and not to take chances,” he said.

See counties affected by the orange and red warnings on the map: https://t.co/9BeK3UcAwO pic.twitter.com/sOxrwMALK2

Scattered snow showers are also forecast in the north-west of the country today. Temperatures will remain very cold throughout the day with highest temperatures of -1º to 2º forecast.

Gardai are advising motorists to avoid unnecessary journeys as many roads – particularly along regional and isolated routes – remain impassable after heavy snowfall overnight.

The public is being urged to check for local updates on road conditions.

Gardaí urge motorists to remain off roads unless absolutely necessary. Large amounts of snow on many roads and conditions vary significantly. Cars abandoned on many roads due to snow. Reports of serious snow drifts in east Galway.

The snow will continue overnight; but, it will become lighter and the northeasterly winds will ease back. Lowest temperatures of 0º to -3º with sharp frost is expected in many places.

The Department of Agriculture, Food and the Marine has stressed that farm safety is paramount during the bad weather.

The more significant concerns on farms relate to the provision of water, shelter and feed to livestock – whether housed or being out-wintered.

The department yesterday urged that where farmers are tending animals, they should ensure they carry a fully-charged mobile phone and let people know where they are – checking in regularly.

If tending to animals in remote locations, it is advised that a second person should accompany the farmer.

Conditions are expected to improve slightly over the weekend. Snow showers tomorrow will gradually turn back to rain or sleet throughout the day; as temperatures are expected to lift to highs of 2º to 5º . Met Eireann says easterly winds will continue to decrease; but, conditions still remain gusty.

The cold weather will continue throughout the rest of the weekend with highest temperatures during Sunday (March 4) expected to reach just 2º to 4º.

There will be a good deal of dry weather across the south of the country; but, wintry showers or some showery rain will affect more northern counties.

There will be widespread frost overnight on Sunday.

It is expected to remain cold on Monday (March 5); however, another slight rise in temperatures is forecast at around 4º to 6º. There will be a lot of dry weather throughout the day; but, some occasional showers will still occur. Frost is again forecast in many places overnight. 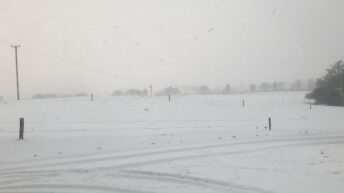 Beast from the East Storm Emma Weather
Loading Next Story